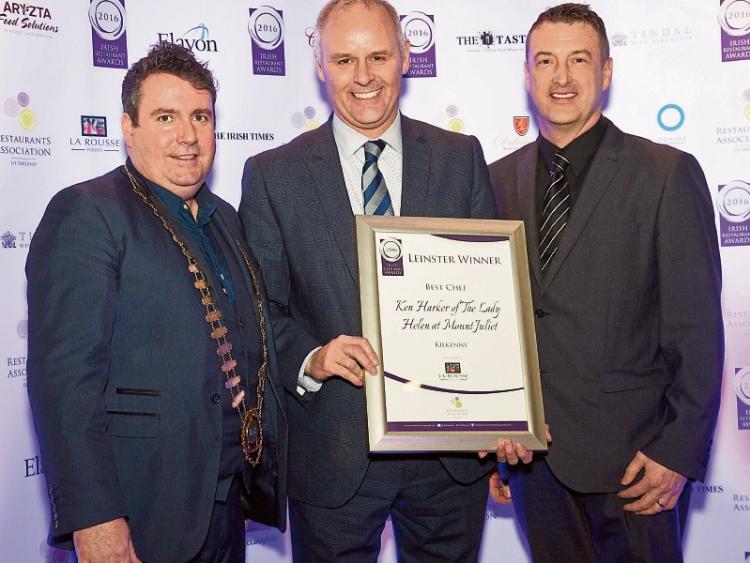 Sponsored by La Rousse Foods, the Best Chef title is considered to be one of the highest accolades in the annual Awards.

This award represents the chef who demonstrates an immense passion for food – someone who is committed to quality and the pursuit of creative new dining experiences.

Speaking of the award, Chief Executive of the Restaurants Association of Ireland Adrian Cummins commented, “The Best Chef title is one of the most sought after titles in the Awards. To win this title, a Chef must be able to demonstrate superior knowledge of the culinary arts and have exceptional skills in the kitchen. These skills can be seen amongst our previous Best Chef winners. Their competence and passion is second to none.”

Harker will now go on to compete for the Leinster regional and All Ireland title which will be announced at the Irish Restaurant Awards final in the DoubleTree Hilton Hotel, Dublin on Monday 16th May, 2016. The renowned event will see 900 guests sit down for a six course gala dinner cooked by five previous Best Chef county, regional and all-Ireland award winners. By winning the Best Chef Kilkenny title, Harker is now eligible to be invited to cook at future award events.