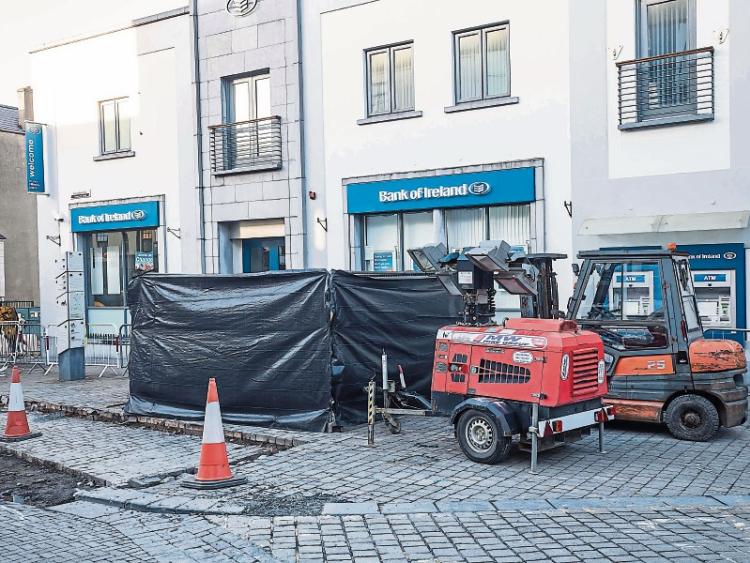 Don't worry, baldy St Canice hasn't been robbed or run off with a young one.

The sublime limestone sculpture by Spanish born, Kilkenny dwelling Saturio Alonso is being moved to a more appropriate spot.

The unusual and imaginative visualisation of what the man who founded the city looked like has captivated people and while a minor tourist attraction, it has been an important piece of the Medieval Mile, sitting outside the Bank of Ireland, Parliament Street since 1999 and the bank actually helped to pay for the piece which has captivated onlookers.

It is being moved to a new home, St Canice's Steps over the next eight or nine weeks and closer to St Canice's Cathedral which the saint founded.

The striking stone head with a simple bronze band around it is important because it was the first time that someone had put an original form/shape/image on what monks looked like back in the 4th, 5th and 6th centuries.

It is expected there will be a rededication ceremony at St Canice's Steps when the saint is “planted” there some weeks from now.