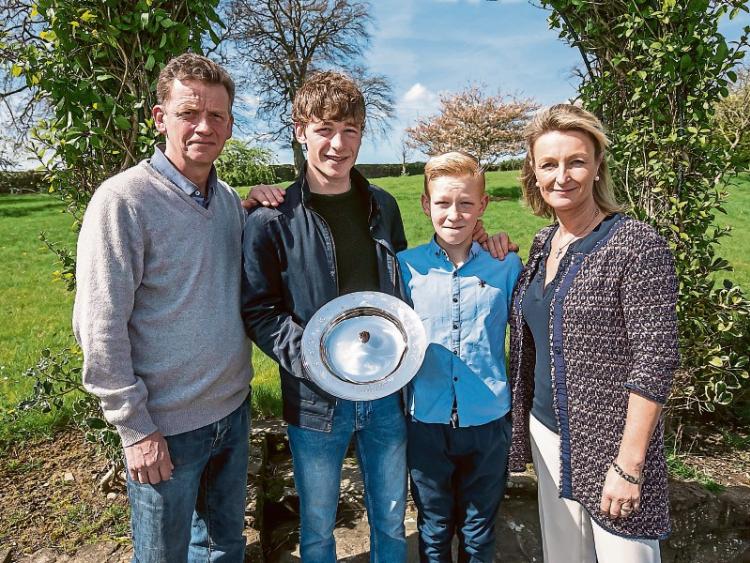 What a whirlwind of a weekend it was for Goresbridge man David Mullins.

The 19-year-old made history on Saturday, romping home to win the Grand National on Rule the World. He hardly had time to celebrate the victory, before he had to head back out — this time to win on the (his uncle) Willie Mullins-trained Ivan Grozny.

The former St Kieran's College student has only been a professional since 2014, but he looked totally assured in each of his victories on the highest stage. On Monday, he told the Kilkenny People about the historic moment.

“It was an amazing feeling - magical,” said David, whose family had been there to enjoy the moment with him.

“But it was a strange feeling. I don't think I'll ever have it again, bar winning another one or something.”

It was against the odds in every sense. The Mouse Morris-trained Rule the World has had plenty of set backs, breaking his pelvis twice in the past. But David has good history with him, coming in second on him in the Irish national 12 months ago, and third in the Kerry national during the summer.

With the win under his belt, he had to quickly put it out of his mind and go back out on Ivan Grozny. Not an easy thing to do.

“Going out to ride in it, there were people congratulating me and shaking my hand and all that,” he said.

“That was a bit strange — it normally never happens before you ride a horse!”

The success has now catapulted him into the limelight: “Yeah, the phone has been like a Christmas tree,” he said.

“It's going all day every day and all night.”

Riding horses since he was four years old, David only made the switch to pro just two years ago. Since then, he hasn't looked back.

“I was starting to get going as an amateur,” he said.

“I knew my weight was going to be ok being a professional if I wanted to be, and I may as well be getting paid for it!"

So, what's next for him?

“Just keep improving, take as much as I can in, and enjoy the week,”he says.

A wise head on young shoulders.