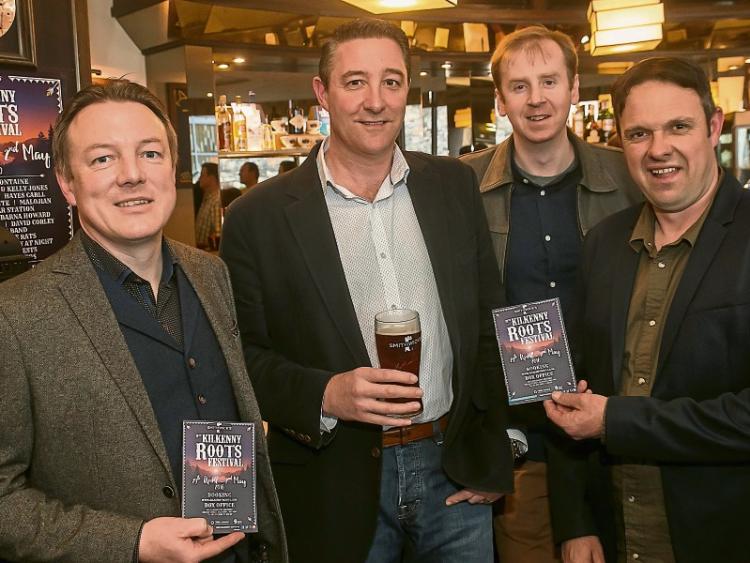 O’Reilly’s Bar at the Ormonde Hotel was packed with music fans for the launch of the 19th Smithwick’s Kilkenny Roots Festival last Thursday.

With bookings up 25% on last year, the festival looks like being a huge success.

Mary Hilda Kavanagh, Cathaoirleach of Kilkenny County Council, acknowledged the role that tourism plays in the success of Kilkenny city and county, particularly during the tough years we have just gone through.

Brendan Treacy, of Kilkenny City Vintners, outlined the role that organisation has played in developing this and other events throughout Kilkenny.

Aidan Maher, representing the main sponsors, Diageo, emphasised the continued support they will be giving to the festival under the Smithwick’s brand. With the 20th festival coming up next year, plans are already underway to mark the occasion with an expanded programme.

The Festival Director, John Cleere, gave a brief summary of some of the highlights of this year’s programme. There is an amazing line up of musicians from Ireland, UK, USA and Canada scheduled to appear over the four days. The festival kicks off on Friday April 29th, with almost 100 shows over the four days.

Caoithearlach of Kilkrnny co Council, Mary Hilda Kavavangh said Festivals like Roots were the life’s blood of this city and county and contributed enormously to employment.

“My purpose in attending the launch is to publicly acknowledge the work being done to run festivals in the County, and most particularly to acknowledge those involved with John Cleere in running the Roots Festival and to thank you for your ongoing work and commitment,” she said.

Your work helps to enhance Kilkenny’s well deserved reputation as a festival city, and and we are honoured and grateful for your commitment in ensuring that this festival is one of the highlights in Kilkenny’s festival calendar.