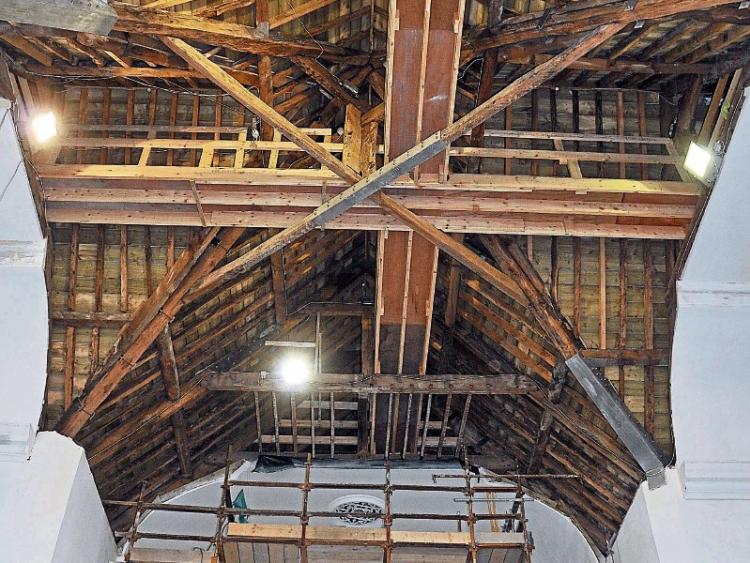 The magnificent and jaw-dropping St Mary's Church and abbey, off High Street, Kilkenny will be open to the public before the end of the year.

A technically superb restoration programme is running simultaneously with the completion of a state-of-the-art museum standard exhibition space, to show off, for the first time many of the city's priceless artifacts.

It looks set to captivate tourists and locals alike as the unique history of the 13th century place of worship with its tombs of Kilkenny's Renaissance merchant princes is brought back to life.

For the first time in centuries the “temporary” partitions in St Mary's have been removed and people will be able to see the abbey in all its glory when it opens it doors to the public in October of this year.

The quality of the craftsmanship is wonderful and Kilkenny County Council, through architect, Evelyn Graham have done an excellent job in bringing St Mary's back to life giving the city a tourist attraction to complement St Canice's Cathedral on one side and Kilkenny Castle on the other.

The Kilkenny Room will house the city charters; the liber primus book, which contains the first written customs, practices and bylaws for Kilkenny from 1231 to 1538; the mace and sword of the mayor and many other fascinating objects in a space which will be akin to a sealed box - air conditioned to museum standard with AV and “sound showers” while also offering an amazing view of the east of the city.

This part of the exterior of St Mary's has been cladded with lead using copper nails which already looks as if it belongs there.

The entire outside of the building has been re-pointed using the original material, lime mortar, and again the completed job looks superb and took over 12 months to complete.

Emily Gilligan, an architect originally from the Castlecomer Road in the city and working in London also toured the site on Wednesday of last week with the Kilkenny People and was hugely impressed with the detail of the work and the quality of the finish in every facet of the project.

The high, plain, minimalist, steel frame windows flood the place with light and offer sensational views of the city. And before anyone gets worried these windows replaced very poor quality ones which had no historical or architectural value.

The south face of the nave will have two glass entrances which look fantastic while the final pieces of work on the clock tower are being completed. Alas, for safety reasons it won't be open to the public.

As for the roof, 50% of the slate was salvaged and the rest is good quality, second hand slate from Wicklow.

Limestone surrounds were made on site for the windows as were the stone pieces for the tower and the castelation on the tower which were also replaced.

Many of the monuments are being relocated by the huge crane on site for the last year will be gone by this evening (Wednesday) after it moves the final few stone effigies.

In contrast to this work, two white cross replicas from the National Museum collection will be placed in the grounds along with a modern interpretation of Killamery Cross with all its details recreated.

There will also be specialised lighting with “sound showers” in the Monuments Room to highlight what's on the wall and on the door. A lift and stairs will bring you up to the new floor level where the Kilkenny Room is located.