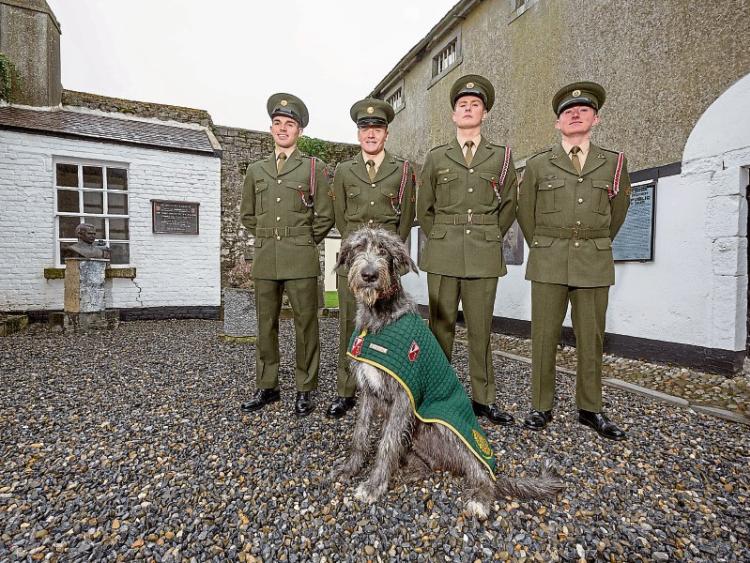 The 53 Infantry Group (Inf Gp) was officially stood up on March 8 under the command of Lt Col Stephen Ryan, as the unit comprises of 190 Soldiers drawn primarily from James Stephens Barrack in Kilkenny.

Next Tuesday, May 3, the ministerial review for the unit will take place commencing in the Castle Park and a march through the city centre.

The unit is made up of personnel from many corps such as Infantry, Cavalry, Artillery, Medical, Engineers, Ordnance, Transport, Signals, Military Police, Navy Air Corps and the Army Range Wing.

The unit has representatives drawn from 24 different counties throughout the country.

The training for the upcoming deployment was structured in a three phase operation.

Phase one consisted of administration in troops home units such as annual range practices, medicals and fitness testing as the main areas that were concentrated on.

Phase two commenced on March14 where the unit moved to a collective area of Kilworth camp. Here the unit completed both collective and corps specific training. This training included CBRN, C-IED, Mine Awareness, Signals, Medical, and Ambush drills.

Phase three commenced on Sunday April 17, where the unit moved collectively to the Glen of Imaal to complete CBRN, C-IED, Mine Awareness, Signals, Medical, and Ambush drills tests in the first two days followed by a 72hr mission specific exercise that replicated the area of operation in Lebanon.

During this robust exercise the troops were exercised in all eventualities that may occur during their tour of duty.

The second week of Phase three training will comprise of a five day Live Firing Tactical Exercise (LFTT) where troops will move from buddy pairs to section level to Platoon level firing scenarios. The LFTT will cumulate with a combined vehicle and personnel shoot.

Also during phase two the 53 Inf Gp took part in the 1916 commemorative ceremony in Dublin on 27th March.

The 53 Inf Gp will take part in the Ministerial review in Kilkenny castle at 3pm, this will be followed by a March past Kilkenny Town Hall on route back to James Stephens Barrack.

This event is being run in conjunction with Thomas McDonagh week currently organised by Kilkenny County Council.