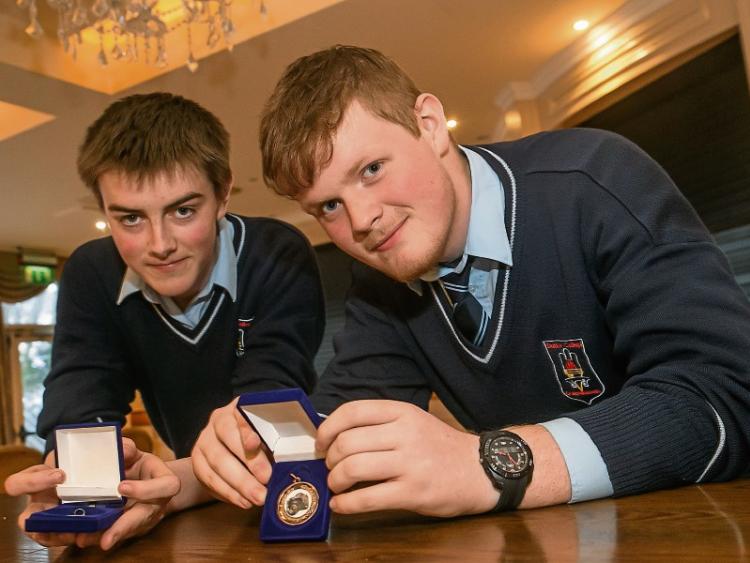 A student from Presentation Kilkenny managed to win the overall prize at the awards night for the Kilkenny Photographic Society's Transition Year sixth annual photography competition.

The event was held in the Newpark Hotel earlier this month. This year’s competition attracted hundreds of photographs from TY students in Kilkenny City and county.

Their entries were judged by Bill Power FIPF and this year’s winner of the Irish Photographic Federation’s “Photographer of the Year” award. The top three photographs from each school and the overall five best photographs were announced on the night.

The five winning photographs will be on display in the window of the Book Centre over the coming weeks.

The hotel's Dunmore Suite was packed to capacity on the night with students, teachers and parents. Eugene Canning, Chairman of Kilkenny Photographic Society, welcomed everyone, particularly special Deputy Mayor Peter Cleere, and Derek Underwood representing Nikon, and Kieran White of White’s Pharmacy, who were major sponsors.

Dr John Cuddihy was MC for the night and he gave a soft critique of each of the 22 photographs that were prize winners on the night. The top three students in each school received medals – gold, silver and bronze in order of merit. The medals were presented to the students by Cllr Cleere.

All involved would like to thank all the sponsors, including Kilkenny County Council — whose support, through the Arts Grant Scheme, made this year’s event a huge success — as well as Nikon, White’s Pharmacy, Hennessy Sports, and Kilkenny Photographic Society itself.