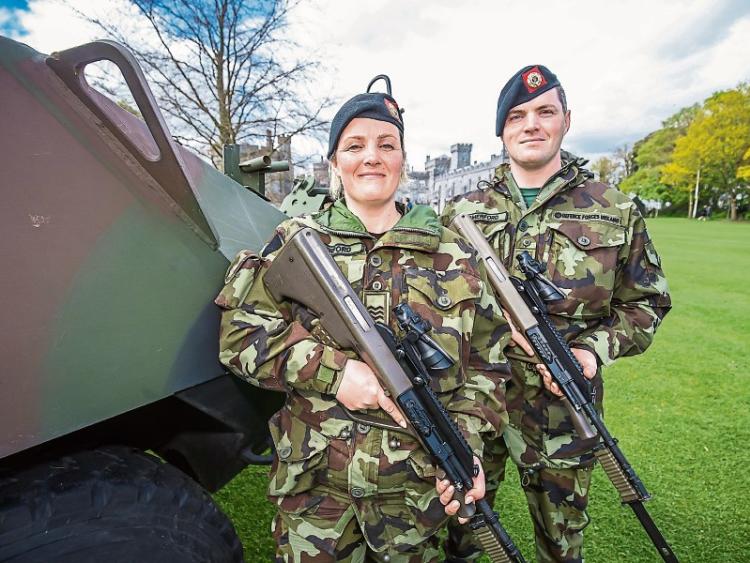 One hundred and ninety troops from James Stephens barracks are Lebanon-bound having completed their ministerial review at the Castle yesterday.

Under the command of Lt Col Stephen Ryan, the 53rd Infantry group were inspected by Minister of State at the department of dDefence, Paul Kehoe TD before marching down The Parade, up High Street, through the Market Yard and back to barracks via Johns Bridge.

Families, friends and well-wishers atttended the function at the Castle Park where the army band played, and also marched in front of the infantry group through the city.

Among the 190 strong group were Sergeant Ruth Comerford and private Matty Comerford, brother and sister and travelling on their first mission together.

Sergeant Comerford is one of nine women in the 190 strong force which has an average age of 34.

The soldiers, 68 of whom are on their first mission overseas, have undergone intensive training and they will join 335 Finnish troups deployed as part of the Finn Irish battalion.

The dignatories took the salute at the Tholsel which was specially prepared for the march past. Battery Sergeant Patsy O' Driscoll is about to embark on his 15th mission.