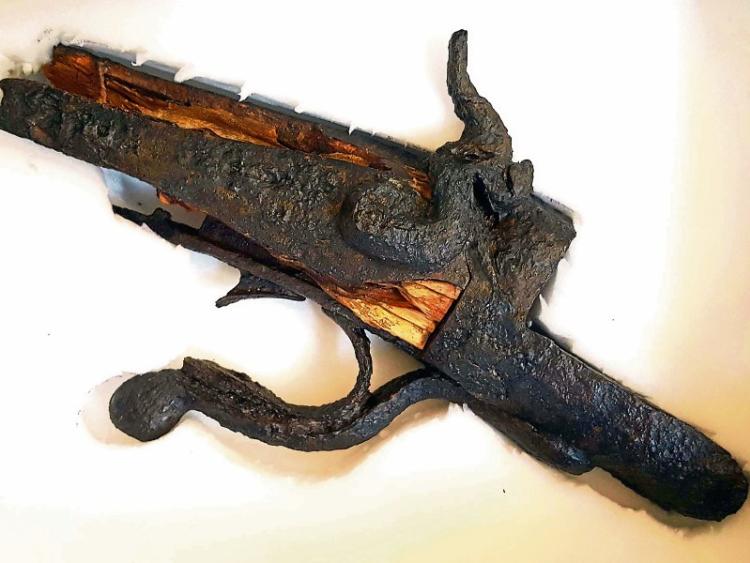 There may have been a Roman base under the present St Mary's Church and Abbey complex, off High Street in the centre of the city.

That's the opinion of celebrated archaeologist Coilin O'Drisceoil who has been working on St Mary's as part of the rejuvenation programme at the important historical site.

A Roman coin found on site will be among the priceless artifacts put on display in St Mary's when it opens in October as Kilkenny's newest visitor attraction.

It bears the likeness of Emperor Antoninus and brings to 32 the number of Roman coins found in Kilkenny and its vicinity. A glimpse of the treasure trove was shown to myself and photographer Michael Brophy last Thursday.

Items such as a King James II coin was discovered and this is important as it is dated 1685 and we know that King James visited Kilkenny around that time.

So we wonder if King James paid for stuff with his own coins or did he have a bottle of wine in the Hole In The Wall across the road. The pieces date from the 2nd to the 20th century and include a packet of Woodbines (cigarettes) from the 19th century.

An 18th century brooch inlaid with gem stones, but missing its centre piece was also discovered. This is the high end of the market and even master silver and goldsmith, Liam Costigan would be proud of it.