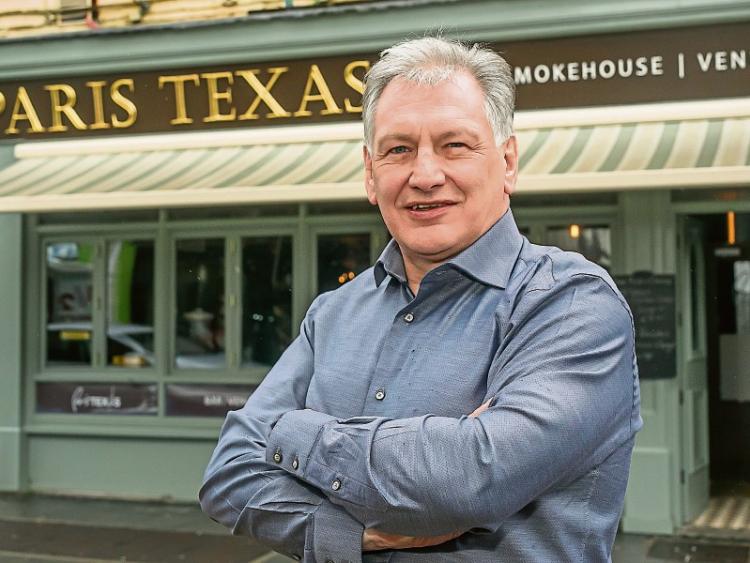 He was a spirited Mayor of Kilkenny and now Pat Crotty has blended his own brew for the next two years as he takes over the reins as president of the national publicans umbrella body, the Vintners Federation of Ireland (VFI).

The owner of Paris Texas Steak House and public house on High Street he wants publicans to re-engage with a younger generation who are unaware of the benefits of the pub scene.

“We went them to see the benefits of the social experience and we need to engage with a younger audience to show that pubs are not what they used to be,” he said.

He pointed out that pubs were no longer one dimensional but prepared and sold food and provided entertainment at night for customers.

“Because of the recession and the change in attitude behaviour we need to re-connect with young people not for the alcohol side but for the enjoyment of the pub,” he added.

“A lot of these people we are targeting have no experience of the good, pub atmosphere and it's our job to make the pub more relevant to them.

He is hugely positive about the future and has noticed a large influx of visitors already this years and not just from traditional markets but from France, Italy and beyond.

“The city is flying and there are large numbers of visitors and this is good news for us and our employees,” he said.

“This summer around 17,000 extra seasonal jobs will be created in the pub trade and we are building on our brand and more and more people are visiting Kilkenny,” he added.

“As well as concessions on tax he also wants the public health bill and minimum unit pricing and segregation of alcohol in supermarkets passed as soon as possible. He acknowledged that it had been included in the programme for government published last week.

“We will be making sure the minority fine Gael government keep their word on that proposed legislation,” he said.

For the next two years as well as working behind the counter at Paris Texas he will be crisscrossing the country on behalf of the publicans he was elected to represent.