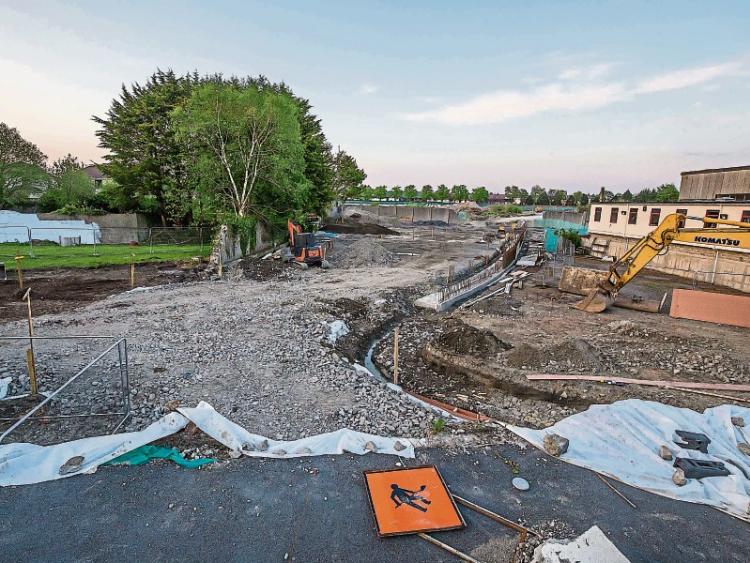 It will be January or February of next year at the earliest before Kilkenny's new Central Access Scheme (CAS) bridge opens to traffic.

Arbitration remains ongoing with Padmore and Barnes, and no final amount has been agreed for the land. However, the contractor has entered on to the lands at Wolfe Tone Street, and works are being carried out there and through the former mart site.

At the other side of the site, work has begun on a road widening scheme on the Castlecomer Road, which will connect to the Central Access Scheme.

Toward the end of last year, local residents were advised that the completion date for the bridge contract was this June. A separate contract, for the completion of road works from the bridge to the Castlecomer Road, was due to be finished in October.

Now it looks like it will be next year. The final cost of the project remains as yet known, but there may be further clarity on these issues when the council sets out its Capital Budget in the weeks ahead.

Local councillor Malcolm Noonan estimates that it will be considerably more than the original €8 million figure, and indeed the €10.7 million quoted in 2014. He has also reiterated his concern that a traffic management plan has not been completed for the area.

"I'm concerned about the impact of the road on all ancillary routes,” says the Green Party councillor.

“It is predicted that traffic will increase on all roads. HGVs and noise.

“The residents don't know what the impact will be in their areas. They feel they haven't had a comprehensive response on traffic volumes. It is important that the council engage with them in a comprehensive way."

Cllr Noonan voted against the propsal to widen the Castlecomer Road at the September meeting of Kilkenny County Council. At the time, he cited concerns that the road was the last piece of the jigsaw of CAS to make an internal ring road in the city.

At the time, he asked members to defer a decision on the scheme pending consideration of a long awaited Heavy Goods Vehicle (HGV) management plan.

The council has previously said that the 'key issue' in reducing HGV numbers is to compel the vehicles approaching from the Bennettsbridge Road/Waterford Road/Callan Road which are looking to by-pass the city, to use the ring road rather than Circular Road/Kennyswell Road/Granges Road/Freshford Road. The same applies in reverse for vehicles approaching the city from the Freshford Road/Castlecomer Road.

A number of different ways to do this have been mentioned, but detail remains uncertain pending the completion of the traffic management plan.

“I asked about the traffic management plan and was informed that it would be done after the bridge is opened," says Cllr Noonan.

"It is going to set us up for a lot of challenges. My own concern is for the residents, the schools, the businesses on the ancillary routes, because we don't have an updated traffic study or on generated traffic as a result of the road being opened."

While the Central Access Scheme does not entail any physical changes to the road infrastructure of Dean Street, Cllr Noonan has also said that a new proposal has emerged to incorporate Vicar Street and Greensbridge Street into the masterplan for the St Francis Abbey site.

The masterplan is an ongoing process that has been discussed at a number of council meetings in recent months.

Kilkenny County Council this week announced its service delivery plan for 2016. The plan sets out a comprehensive work programme across the broad range of council services that it intends to provide in 2016, mainly by direct labour, but also by contracts, service level agreements and shared services with other local authorities.

The chief executive paid tribute to the work being done by the Elected Members and expressed her appreciation for the dedication and hard work of her staff across the Organisation.

“I am confident that given the abilities and spirit of co-operation that is consistently shown by elected members, the nominees to the various committees and by staff that we should be in a position to meet the challenges that lie ahead,” she said.

Full details of the council's Service Delivery Plan are available on the Councils website www.kilkennycoco.ie.