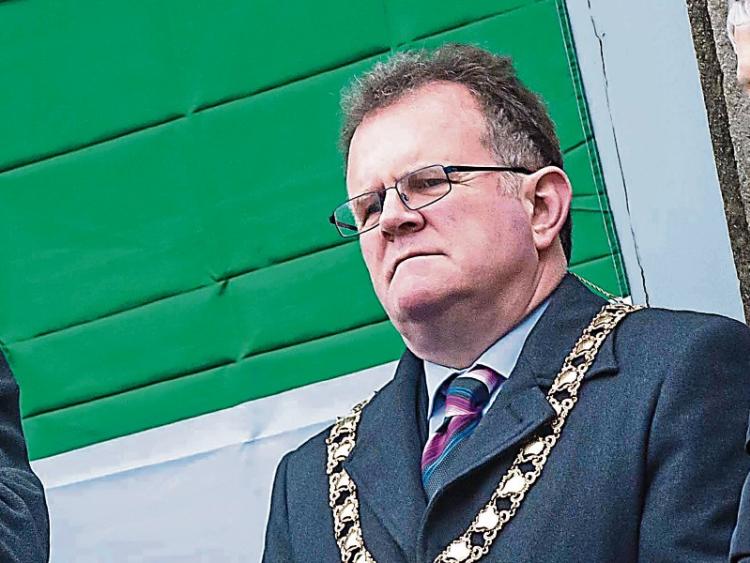 The next Mayor of Kilkenny will be revealed on Monday, June 20, at the Annual General Meeting (AGM) of the Kilkenny City Municipal District.

If more than one candidate is proposed, a vote will be taken by the 12 elected members.

Councillors paid tribute to their colleague Joe Malone at the municipal district's May meeting, as it was his final meeting as mayor. The Fianna Fail councillor is the second person to hold office here since Phil Hogan's controversial Local Government Reform Act (2014), which abolished Kilkenny Borough Council and expanded the 'municipal' area out into the county on both the east and west.

Mayor Malone's term of office featured a number of different distinct themes, three of which stand out in particular.

Firstly, his military background played a role right from the beginning, with his first public event as mayor held in the James Stephens Barracks. He took part in a number of different army-related events during the year, with the 53rd Infantry Group's parade through the city before the Lebanon mission a recent example.

Secondly, Mayor Malone talked at length about mental health and made it a cornerstone issue for his year. He championed various causes and events from Darkness into Light, Teach Tom, Taxi Watch, and others.

A third key theme was the concept of 'community', to which many of his colleagues alluded in their tributes.

He encouraged people to get involved in local groups and eevnts in their communities, and he brought various clubs and organisations to receptions in City Hall. Uniquely, he also brough statutory meetings out of their traditional City Hall venue and into communities, including Thomastown and Callan.

In a time when the roles of Cathaoirleach and Mayor have become increasingly blurred or overlapping, he was happy to share the stage with Cathaoirleach Mary Hilda Cavanagh.

His predecessor, Cllr Andrew McGuinness, led the tributes to him at the recent meeting.

"It really does take over - your family life, your private life does suffer,” he said.

“It's not easy, and it's not just about cutting ribbons or standing in for pictures."

Cllr Malcolm Noonan said it was 'only right and fitting that [the members] pay tribute'.

“You've done an exceptional job, representing Kilkenny both here and abroad,” he said.

“"”And you've brought a community element to it in bringing the meetings out. It is important that we try to retain the importance and significance of the role of mayor in this city.”

“[Cllr McGuinness] was a hard act to follow, but I want to say you have been fantastic," she said.

"What I observed was you brought meetings out into the communities, and brought councillors together. I felt very inclusive and I felt part of the system.

"I have great respect for you and I know you are a great advocate for mental health. You gave one of the best speeches I ever heard at Grennan College. They are still speaking about it, and the students looked at politics in a totally different way after, because it was from the heart."

Cllr Michael Doyle said that the mayor's door was always open and he had left party politics outside.

Cllr Pat O' Neill said it had been a good year in 'a tough time for mayorships around the country'.

"I recently saw how much of a community worker you are," he said.

Cllr David Fitzgerald said that Mayor Malone had made his own mark and achieved 'an awful lot', while Cllr Matt Doran said he had included everyone in each of their roles.

Cllr Patrick McKee congratulated the mayor on a successful year.

"What stood out for me was your constant respect for the military and the James Stephens Barracks, and its role in our city's life," he said.

"I'm sure you've a lot of good memories going forward. You defended the city and the role of office where there has been difficulties with it after the Local Government Reform Act.”

“It never ceases to amaze me where mayors get their energy from,” he said.

Mayor Malone thanked everyone for their words, and paid tribute to all the council staff with whom he had worked. He made special mention of local TD John McGuinness, who he said kept him going and had been very good to him. He said he would have fond memories.

"It was a great honour and a privilege," he said.

"We have to keep the mayoralty going for the sake of the city."