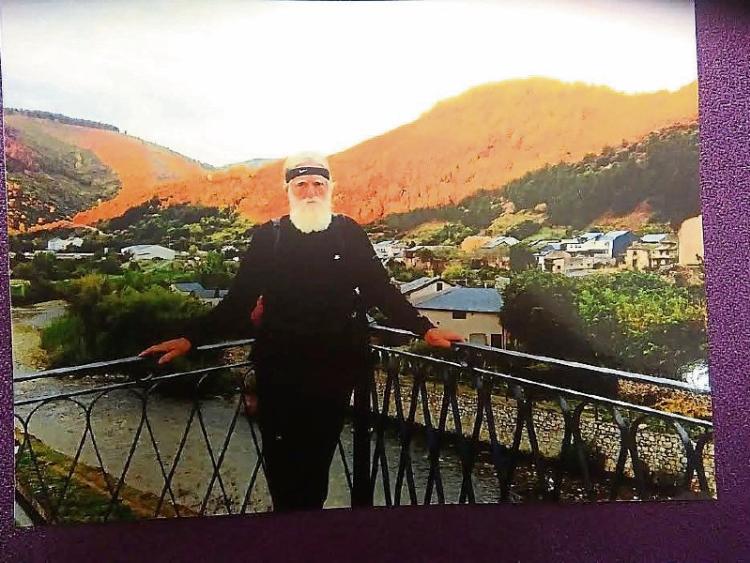 The late Tom Hunt - Where do you start? He was charismatic, sensitive, energetic, an educator, a GAA fanatic, walker, father, husband, empathiser, ball of energy; bearded, passionate, opinionated and he liked to dance (like Mick Jagger).

None of these adjectives can adequately describe this man but if there was one thing that set him apart it was his willingness to see the best in people and that was borne out of his own unhappy time in school.

He was a champion of the under-dog, and his life was punctuated with acts of kindness - He went out of his way to help students not to make mistakes with their futures and often called to their houses to discuss their options with them and their parents.

One of his crowning glories was the rejuvenation of Scoil Aireagail in Ballyhale.

He guided, cajoled, waxed lyrically, whatever it took to get the maximum out of the students so they could fulfil their potential and go on to better things.

He did not beleive in limiting people in what they could achieve and didn't see barriers but opportunities.

His students always made him out after they left school whether it was at a match or on the street.

He attended a lot of weddings of former students and that tells you a lot about the man.

And as his son Tom said at his funeral Mass: “He taught me there is a right and wrong and a proper way to treat people. He taught me about courage, integrity and standing up for what you believe in.

“He taught me how it makes no difference where people come from, that everyone is equal and everyone deserves a chance.

“One of his greatest gifts to us as children and to all his students was to instill a belief that it didn’t matter where you came from you were as deserving as everyone else for that job, that place in college, that place on the podium or on the stage.

“He made people excel at things they didn’t even know they could do.

“I remember sitting with him one evening after one of his successes with a school debating team or play and him saying to me ‘Tommy, everyone deserves to be great for one day in their lives’.

He was born on September 5, 1943, and raised on a dairy farm at Lisronagh, outside Clonmel.

His played underage with Moyle Rovers and made the Tipperary minor football panel.

PM O'Sullivan, in a wonderful piece published in the Irish Examiner said that while he was in London Tom met Daphne O’Carroll, who was in the English capital to train as a nurse.

“With her advice, he took the decision to return home and enrol in TCD as a mature student, where he read Economics and English.

“Then came a H-Dip, on foot of his desire to teach.

“Sport remained a potent presence. While an undergraduate at Trinity, he founded their GAA club,” we learn from PM.

“He kept goal for the hurlers and kicked football at full-back. Belief in progress and opportunity had found a groove,” according to PM. “Before coming in 1972 to Kilkenny Vocational School (now Ormonde College), he taught for a period in London, where he was much influenced by observing remedial work with students,” PM continued.

The absence of such programmes in Kilkenny dismayed him and he trained as a remedial teacher. Unswerving concern for youngsters with difficulties lay behind all those chats when moving around Kilkenny with his children.”

Daphne and Tom, who had married in November 1969, built a house at Scart, Dungarvan and raised their family there.

Where he found the time it is hard to know but he was national president of the Teachers Union of Ireland (TUI) in 1981-82.

There was drama via Slógadh, aided by the fluent Irish of his colleague Margaret Loughman. There was public speaking, year on year. Every kind of student responded to his belief in them.

At his funeral Mass, his only daughter Orlagh also spoke,

“He truly loved teaching and leading the team in Ballyhale, he loved the community and got really involved in all aspects of school life,” she said.

“He took a rural school and put it on the map with wins in public speaking, athletics, all sports, young scientists, art competitions to name but a few. He also campaigned long and hard to get the new school built.

In an interview in the Irish Times in 1997 he said the limits we set are in our own minds. "We don't look at things and say we can't participate because we don't have the facilities. We look at it and say so that's what we want to do, now how do we go about getting it.

“He believed that a school is about providing a space where young people can be educated, grow, learn, respect, believe.

“The biggest impact he has made is on the individuals who came to have a relationship with him.

“As a person he remained an idealist; he was always the most inspiring of people and his gift was that he was a source of strength to everyone that he touched.

“Ex-students are saying that he believed in me when I didn’t beleive in myself because of Tom I am a better person, he helped to give young people the confidence to be themselves.

“Dad was always full of compassion for those less fortunate, and those that needed a voice (and what a voice!) to speak up on their behalf.

“Dad was unbelievably kind he always saw the best in everybody.

He didn’t believe in sweating the small stuff I can still hear him saying sure let them off.

“To balance all this he had a fantastic and often irreverent sense of humour.

“He loved sport particularly GAA having played in his early life for Mile Rovers and the Tipperary minors, then he coached teams in school

He loved his cars whether it was the Jetta driving around the block in Ballyhale catching people smoking or to shout encouragement to the kids running or setting off on journeys to matches.

He was also known to throw some Mick Jagger moves on dance floors and if it was a really great night it was done with his tie around his head.

“Passionate and determined he set out on missions and was an unstoppable force once he got going,” she said of her father.

“He did a number of marathons both in London and the Arctic marathon in Thomso and his last big journey was the Camino which he completed last year and which he described as very spiritual and one of the best things he had ever done” Orlagh said.