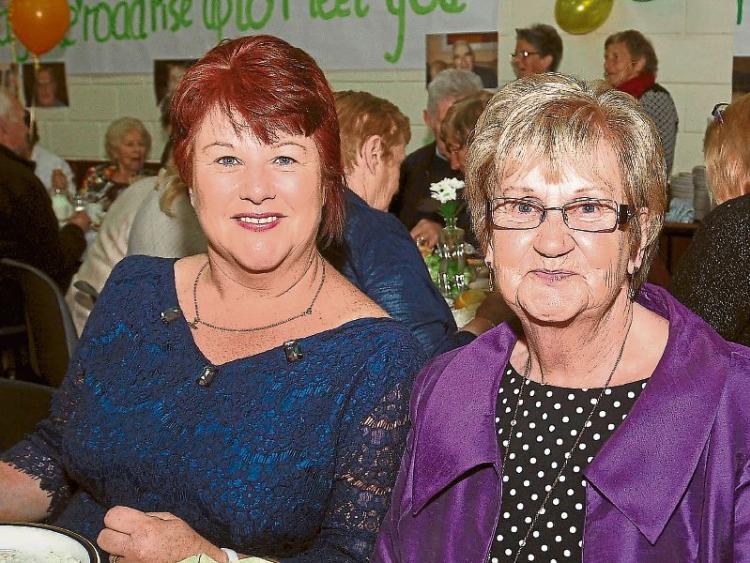 A Mass of thanksgiving to celebrate forty-two years of dedicated service in Prague House by the Franciscan Missionary Sisters of St. Joseph was held in St. Lachtain’s Church on Friday evening last and afterwards at a reception in their honour at the Community Hall.

A very thought provoking and spiritual mass presided over by Bishop Seamus Freeman with emphasis on the meaning of change, departures, new beginnings.

The mass booklet was prepared by Betty Payne, Eilish Costelloe and Paddy Butler, something that will be stored away carefully knowing it is a treasure of our time.

In 1974, Freshford Boys’ School was handed over to the Franciscan Missionary Sisters of Saint Joseph by the Bishop of Ossory, Most Rev. Dr. Peter Birch.

Sr. Patricia Dee and her companions were given the task of transforming an old school into a home for the challenged senior citizens of Freshford, Lisdowney and Tullaroan.

We believe this was the 1st home of its type in Ireland. They set to with the energy typical of their calling.

Local volunteers, friendly builders and tradesmen were marshalled and soon Prague House was up and running. Accommodation with the comforts of home and cheerful social atmosphere reassured all who availed of the service. The Residents also enjoyed a freedom of movement on a par with their families at Home. In a very short time Prague House became part of the North Kilkenny Family. Sr. Patricia was the one with the vision, passion and Iron will to get things done. She was able to get her colleagues, clergy, staff, ticket sellers and the people of north Kilkenny to make her dream come true.

Prague House expanded again in the 80’s with additional wings constructed for more residents and the sisters. Up to 25 people from the local 3 parishes reside there.

They all served with full commitment to those in their care. They served twenty-four hours a day looked after the material, spiritual and psychological needs of the residents.

Their service was altruistic and unselfish. Many families have had older relatives taken care of in Prague House.

As residents, they were treated with kindness and compassion.

Above all their love and concern for the fellow human beings were the hallmarks of their attitudes.

God Bless you all.

On this Wednesday, the 1st June a lay board of Directors will take over. A new Nurse Manager will assume responsibility for the care of Prague House and its residents.

With the departure of the Sisters from Prague House the very popular Day care Centre that was held each Wednesday afternoon for the last 20 years and was ran by Sister Peggy and her helpers will continue. Sr. Peggy has asked the helpers to continue looking after its running and they will also look after the twice yearly 5day trips and also the annual Christmas Party.