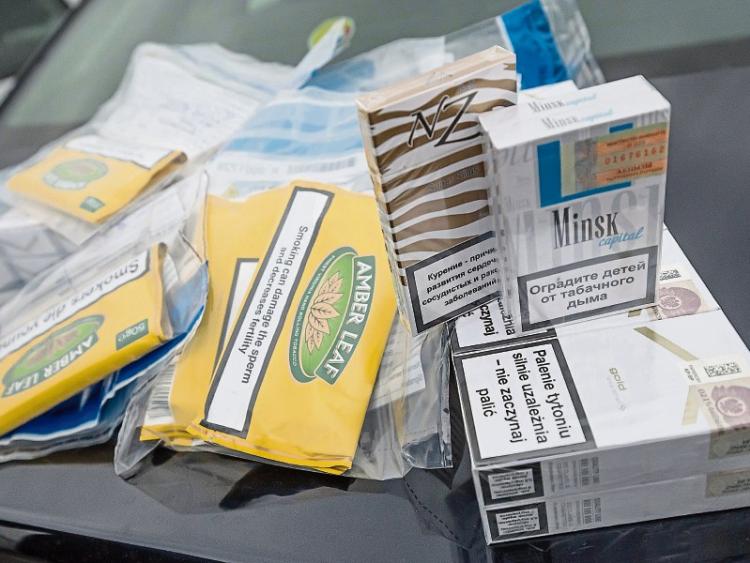 Members of the Travelling Community are playing a major role in the distribution of illegal cigarettes and tobacco.

On Wednesday morning, an undercover operation successfully targeted a number of criminals in the city centre.

A phone call was made and two members of the Travelling community linked up with the person purporting to buy the substances.

One stood on the street and took the money while a large car pulled up suddenly and the driver handed over the illegal tobacco.

Members of the Polish and Lithuanian communities are also involved and one Eastern European is on bail facing serious charges relating to cigarettes brought into the country illegally and sold by him in a city centre premises.

He continues to deal in the products even though he is facing trial and deportation.

Over Wednesday and Thursday, a group of retired gardai and former British police officers and others carried out a major operation in the centre of Kilkenny in what is known as a Test Purchase Operation on behalf of Philip Morris Limited, the cigarette company.

l Counterfeit – products bearing trademarks that have been manufactured without the permission of the trademark owner.

l  Contraband – products that enter or are sold in a market in violation of fiscal/customs laws.

l Illicit Whites – product produced in one market and are primarily smuggled into and sold in another market where they have no legal distribution.

Loss of revenue to the State due to the illicit tobacco trade in Ireland is estimated at €360 million per annum and that's an official statistic from - The Grant Thornton Report, - Illicit Trade, 2015 – Implications for the Irish Economy).

The illicit trade in Ireland is operated though a range of organised networks including indigenous Irish criminal gangs; foreign criminal gangs and in some cases dissident (and/or former) republicans but does not seem to be the case in Kilkenny.

Despite what you might think, it is well organised, highly lucrative but by the same token, it is easily infiltrated.

During the course of the two day operation, a total of seven purchases of illicit tobacco products were made in the city by the former law enforcement officers.

4 pouches x 50g of Roll Your Own Loose Tobacco (Contraband) for €15 per pouch.

Prices paid for contraband product represents 50% of the usual retail price. There is no retail price for illicit white cigarettes.

In each case cold contact was made directly with the seller or through a third party, normally through casual conversation and afterwards by mobile phone. Purchases were made from customers in public houses, betting offices, shops and on the street.