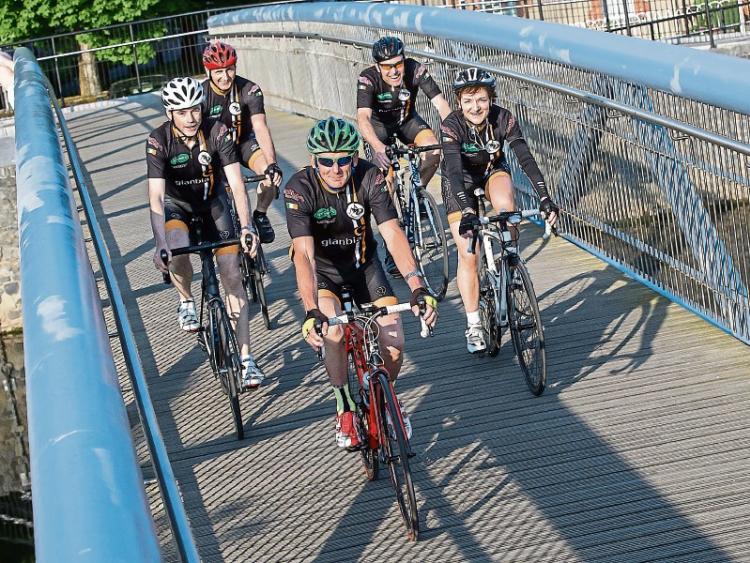 Having established itself as one of the best cycling sportives in the country, Marble City Cyclers are delighted to announce that preparations are under way for the Tour de Kilkenny.

Launching the event, which will be held on Saturday, July 30, Eugene Mullally, chairman of the Marble City Cyclers, said that following the success of the 2015 event, it’s exciting to be preparing for the eighth running of the Tour.

Almost 700 people participated in 2015 and this year the club is targeting 1,000 cyclists. Eugene said that Kilkenny County Council have come on board as an event partner for 2016 as they recognise the economic impact of the event on business and tourism in the city and county. KCC will assist in a number of ways including promotion of the event, assistance with infrastructure and logistics and also working with MCC to ensure that the roads are safe for all participants.

The 2016 Tour will see the introduction of a 20km family cycle. This will take cyclists out to Stoneyford and back with a food/water stop in Stoneyford. This initiative was introduced following requests from previous participants to make the event more family friendly and encourage adults and children to cycle in the Kilkenny countryside.

For the more serious athletes, the 70km and 160km routes remain as before but the 110km route changes to a 120km instead. This change brings cyclists back to Kilkenny via Mullinavat and Knocktopher, making it safer and more enjoyable.

This year four locally-based charities will share over €10,000 that will be raised by the event. They are Diabetes Ireland, Samaritans, Irish Pilgrimage Trust and Jonah Special School.

Mullally was keen to highlight that Marble City Cyclers make no financial gain from the event and all of the money raised on the day is donated to the four charity partners.

Once again the event centre is Kilkenny Rugby Club who have been a partner since the first Tour. Participants can register online at www.tourdekilkenny.com.