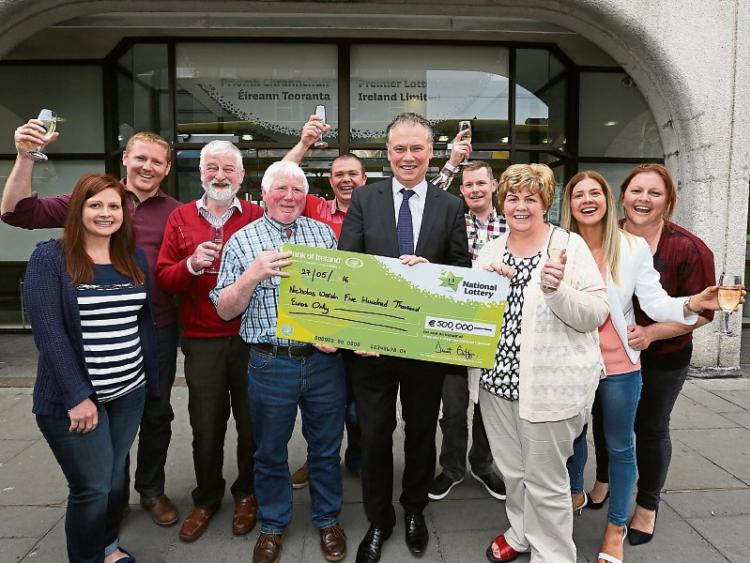 A thrilled South Kilkenny family presented themselves at the National lottery offices on Abbey Street, Dublin on Friday, before the Bruce springsteen concert to collect a cheque for a massive €500,000 after they hit the Lotto Plus jackpot on Saturday 11 May.

The lucky winner, Nicholas Walsh from Grannagh in the parish of Kilmacow and overlooking the River Suir was joined by his family and the ticket retailer, Dick Rellis who toasted his success from the comfort of the National Lottery Winners’ Room.

‘It is such an amazing experience to share this feeling with family and close friends,” Nicholas as the champagane corks popped.

After being presented with his cheque for €500,000 by National Lottery Chief Executive, Dermot Griffin, Nicholas joked: ‘My lucky numbers have always been the birthday dates of every family member which means they will all probably expect a big hand-out!’

Discussing his plans for his Lotto Plus jackpot win, he said, ‘We need to put a new kitchen into the house but I am also going to treat myself to a Mini Countryman car. Family is a very important part of our lives. I have four children and two grandchildren so I will make sure that they are well taken care of,’ he added.