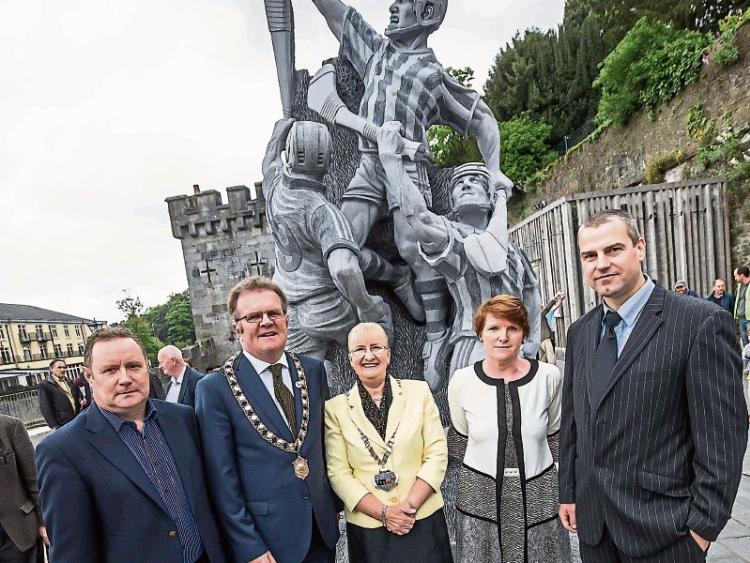 “ I was so nervous about the unveiling, and what people would think of it, but then I heard what Brian Cody said, I was just delighted, trying to keep back the tears,” said Clare man Barry Wrafter who was the sculptor the now famous hurling statue on the Canal Walk.

“Lots of talk, here you know about legends and talented people and superstars and what they do but Barry Wrafter here has produced something that's hard to imagine how it could be done really,” was how Brian Cody described the work.

Carved with at first a pneumatic drill and eventually finished with a hand chisel, Basrry's painstaking efforts were applauded by the gathering.

It's Barry's biggest project to date, and he was impressed with the setting of the statue, feeling that it will have a long future overlooking the Nore in Kilkenny.

Barry was commissioned three years ago to sculpt the statue depicting Kilkenny hurlers and his vision statement remarked - “Three players, rising for the Sliotar, in one of Kilkenny's many victories but to add something new to the mix these players are emerging from the stone.

They are hewn out of the solid monolith and they are emerging from the stone as if it were the supernatural world.”