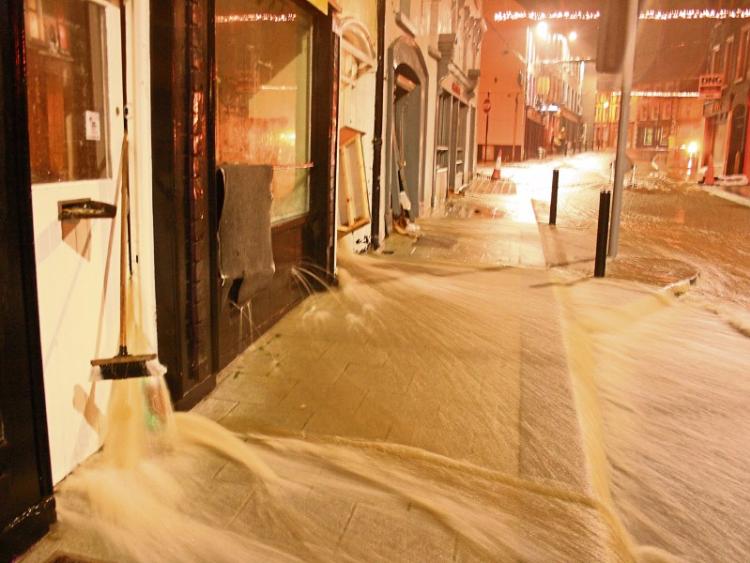 Losing her seat in the recent general election hasn't stopped Ann Phelan of Labour following up on her promise to address the decades old issue of flooding in Thomastown and Graignamanagh.

The Office of Public Works has informed her that both towns are Areas for Further Assessment (AFAs) and are being assessed under the South Eastern Catchment Flood Risk and Management (CFRAM) study.

The draft maps are now being finalised following the conclusion of the national statutory public consultation process on 23rd December, 2015.

Following the finalisation of the flood mapping and the identification of preliminary flood risk management options, the final output from this important project will be integrated Flood Risk Management Plans containing specific measures that can address in a comprehensive and sustainable way the significant flood risks identified. The draft Plans will include a prioritised list of measures to address flood risk in an environmentally sustainable and cost effective manner. These Plans will be available for public consultation in 2016.

The Government recently announced increased levels of investment in the area of flood relief as part of the overall Capital Investment Plan 2016-2021 and this investment programme will allow for consideration of measures arising from the Plans. The OPW has agreed to fund the cost of a study by Kilkenny County Council into the provision of Individual Property Protection (IPP) by way of demountable barriers and the development of an Early Flood Warning system for both Graignamanagh and Thomastown.

It is understood that the Council has procured consultants for this study and the Study is underway and is expected to be completed next year.

It will then be up to the Council to implement any recommendations from its own resources or alternatively to apply for funding from the OPW.

“We must apply for funding immediately and pressurise fine Gael to come up with the money,” Ann Phelan said.