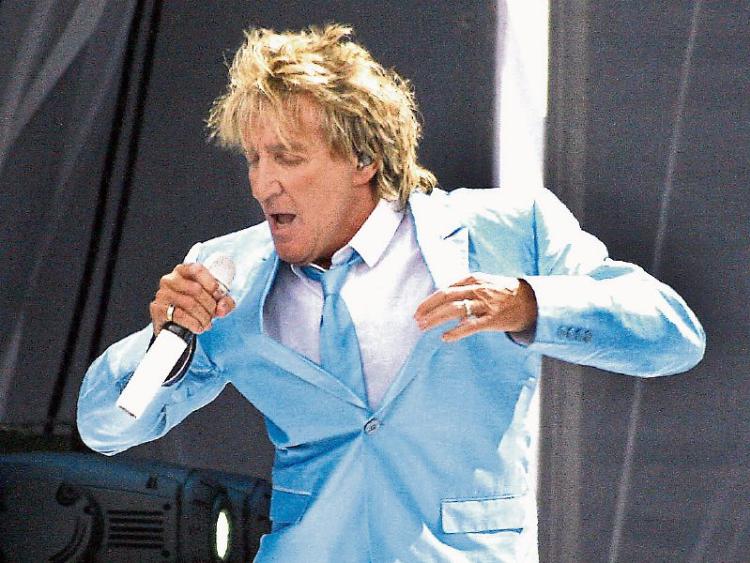 Well over 20,000 tickets have been sold for the Rod Stewart concert to be staged in Nowlan Park, Kilkenny on Saturday, June 25.

It means the city will have a bumper weekend with millions of Euro injected into the local economy.

It follows the success of the Cat Laughs comedy festival at the weekend and the Dublin v Laois football game in Nowlan Park on Saturday.

Already people are panicking about accommodation for Rod with every hotel and guesthouse for a 60 mile radius booked out.

Rod said he was delighted to be returning to Kilkenny and playing outdoor and said that this time he would try his hand at hurling.

Speaking about the tour Rod said that performing under the stars for friends and fans will be a fun party.

“Let’s face it, they bring out the best in me. Together, we’ll make sure we make some special memories.”

With his gravelly voice and passionate performances, Rod has built one of the most successful and enduring music legacies of all time. In a career spanning more than five decades, he has amassed sales of more than 200 million albums.

There will be a traffic plan for the weekend in operation and this will be available next week. The fun starts this weekend when Country sensation, Nathan Carter plays the GAA grounds in Thomastown at Grennan on Saturday night where over 3,000 people are expected.

A limited number of tickets are still available for the concert at Rollercoaster, Kieran Street.