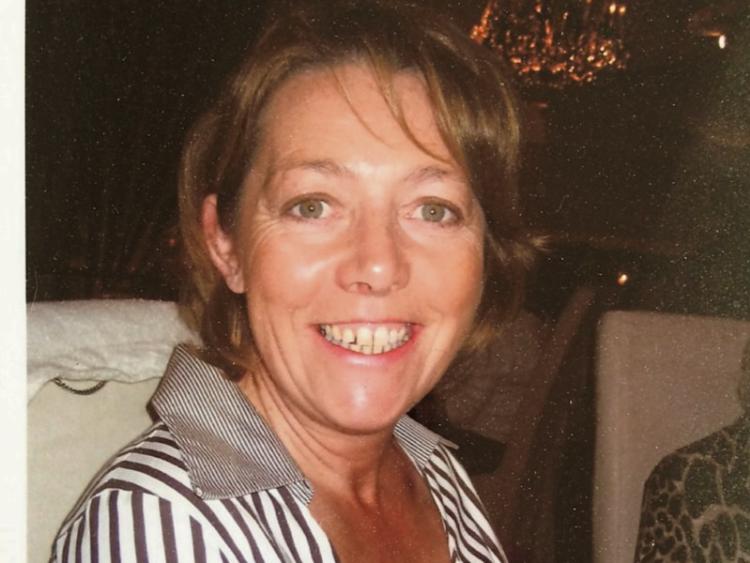 The lyrics of Slievenamon reverberated around St. Brendan's Church, Muckalee as Caitriona O'Brien was laid to rest on a cold March day earlier this year.

Born Caitriona Hayes, in Golden, Co. Tipperary in the shadow of Slievenamon she was a lady of great character, a lady of great strength, a wonderful mother to Maryellen, wife to Noel - sister to all her Hayes siblings and favourite aunt to all her nieces and nephews, a dear friend to many.

Coming from a farming background she had a keen eye for good stock - showing stock with her father in her teenage years -and in turn displayed particularly a good eye for horses for which she had a particular love. Her mother Kitty shared with Caitriona her love of life and her sense of style which Caitriona had in abundance - the Annual visit to the RDS Dublin Horse Show was a calendar must do - & the style was to the fore.

She graduated from UCC and arrived at her adopted county Kilkenny in 1984-taking up her first teaching post at the Presentation Convent in Durrow, Co Laois and then on to Presentation Kilkenny, CBS Callan and Castlecomer Community School- she secured a permanent position at the CBS Secondary school,Kilkenny - she taught for 28 years at the CBS. She loved teaching and was involved hockey and equestrian CBS teams - At her funeral Mass she would have been very proud, that the CBS choir performed some of her favourite pieces. She was an inspiration to all her students over the years.

Caitriona had a huge interest in local politics and supported her party passionately over the years - supporting her brother in every way possible -she was a great motivator. She always encouraged and helped people whenever she could. She was very involved in many sports and loved tennis, hockey and golf she became President of the Irish Ladies Hockey Union - one of her finest achievements was in leading negotiations with the Men's Hockey Union and their eventual amalgamation to for Irish Hockey Association - a 32 county process - again her political skills to the fore. She was involved in preliminary discussions with County Council and local government regarding the building of the Astro Turf in Kilkenny now known as Scanlon Park.

In 1984 Caitriona married Noel O'Brien the love of her life and they settled in Kilkenny city for a short time before moving to the hills at Gaulstown, Ballyfoyle in 1989. She quickly was involved with local groups and one of Caitriona's main projects was the founding of Muckalee Community Playgroup along with a strong committee - plans were formed, government funds applied for, drawn down and despite many obstacles the present crèche and play school were built to serve the local community - she would not take "no" for an answer from any sector - there was always a way to move forward - that was her motto.

In 1993 Noel and Caitriona were blessed with the arrival Of Maryellen- in the happy years that followed there were many family holidays in West Cork joining up with the rest of the cousins - also travelling all round Ireland with Maryellen competing on her ponies - Caitriona was proud as punch of her daughter when she qualified to compete at the RDS on a pony she picked out for her from Cork. Caitriona was laid to rest on the rolling hills of Muckalee with a view of Gaulstown and her beloved Slievenamon.

We miss our dear friend who will never be forgotten. She believed, she could and she did.