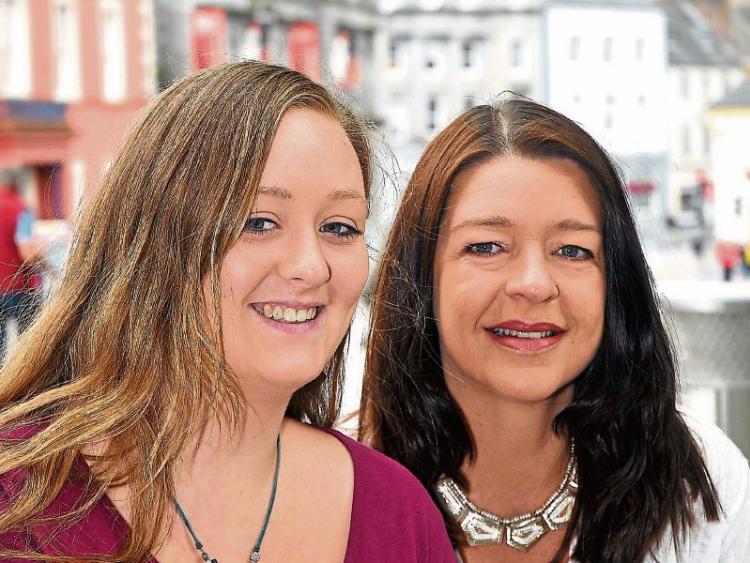 The amazing 26 year old will be putting that courage to the test on Saturday, July 9 when she undergoes a parachute jump in tandem with her mother,

It's all in aid of Canteen Ireland, a support group for young cancer survivors which helped Lisa to battle against the disease and provided her with an outlet and hope.

The Gowran resident now feels that time is right to give back as she is cancer free for over five years and having gone beyond 25 years of age is now a leader with Canteen, helping those younger than to face the disease.

“I can't imagine how I would have coped if I hadn't Canteen when I was sick,” Lisa said.

“Canteen aims a to support, empower and develop young people who have, or have had cancer,” Lisa added.

CanTeen Ireland provides an opportunity for young people who have been affected with cancer to meet up in a relaxed and informal setting. Membership is free and members make a small contribution towards the cost of weekends away.

“For example I did things like banana rides, rock climbing and other pursuits in activity centres which were a bit out of my comfort zone, Canteen gave me so much hope and confidence,” Lisa said.

It is a testament to the success of the group that many of its members, like Lisa, become volunteer leaders.

Lisa will not be alone when she takes to the skies. She will be undertaking the parachute jump in Co Offaly on the afternoon of Saturday, July 9 her mother,

Lisa is definitely a candidate for person of the year, having first got cancer of the bone which led to her left being amputated above the knew.

That was while she was in fifth year of secondary school and the following years she developed cancer in both lungs, had the awful chemotherapy, did her Leaving Cert, passed her exams and conquered the Big C.

She has great support from her mother, ; Dad, Tom; brother Eoin and sister Chloe.

If you would like to support Lisa simply go on to mycharity.ie and key in Lisa Kennedy or you can leave a donation into the Kilkenny People office on High Street and address it to Lisa Kennedy.