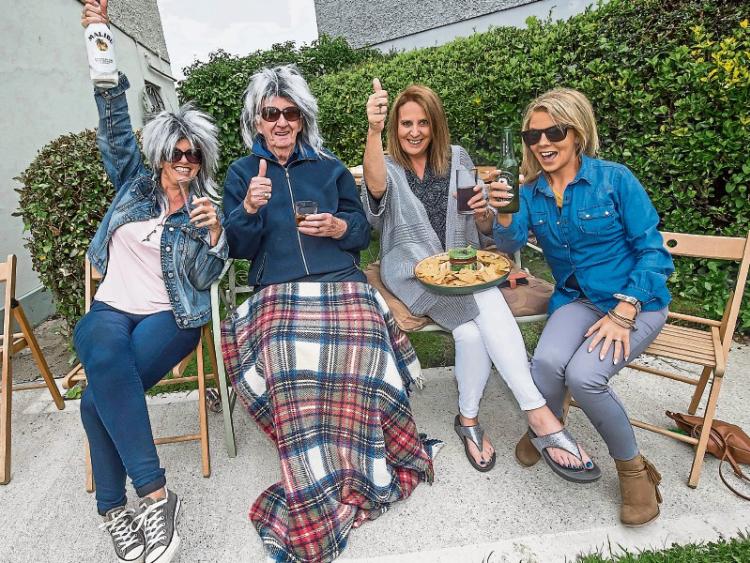 For over two and half hours on Saturday night, thousands of people rolled back the years, forgot about the children and grandkids and let lose; they relived the 1970s, 80s and 90s with the Peter Pan of pop/rock and ballads, Rod Stewart.

The 71-year-old was majestic and from the moment he opened his mouth he had the crowd in the palm of his hand. It was one of those feel-good events where everyone got into the rhythm of things and forgot their worries for a few hours in the company of one of the greatest entertainers of all time and despite what Denis Lahart alleged, Rod didn't mime any of the songs and gave it everything.

There were differences with the last time he appeared at the venue - he sat down for good periods on Saturday night and took a ten minute break in the middle of proceedings, suggesting people get a pint while he was off stage.

He kicked 40 footballs into the crowd and he has a right leg on him that English manager Roy Hodgson could do with. The gig was a sell out and well over 24,000 fans fitted snugly into the venue and there was plenty room on the pitch for dancing.

The crowd were impeccably behaved and everyone seemed to mingle and get into the spirit of things. One English couple spent the night apologising for the Brexit vote but no one really cared about Brexit and when Rod wished the Republic of Ireland team all the best against France, accompanied by video footage of the team, the place erupted.

He sang all his classics and his final words were: "See you in three years time."

Despite the rumour mill, Rod walked off stage into a waiting black car with dark, tinted glass; was handed a towel and a drink and the cavalcade led by two garda cyclists made its way from behind Nowlan Park to Waterford airport where Rod's private plane (don't know the make or model) whisked him back to Brexitland and he was probably at home having a glass of bubbly with Penny Lancaster, before we had managed to get our second or third pint in Don and Niamh Egan's pub on John Street.

FOGRA - The gardai were superb and Inspector Joe Carton was on his bike, making sure thoroughfares were cleared and that everyone behaved in a reasonable manner. The officers did fantastic job and there was no trouble just good humoured old fogeys having a good time.