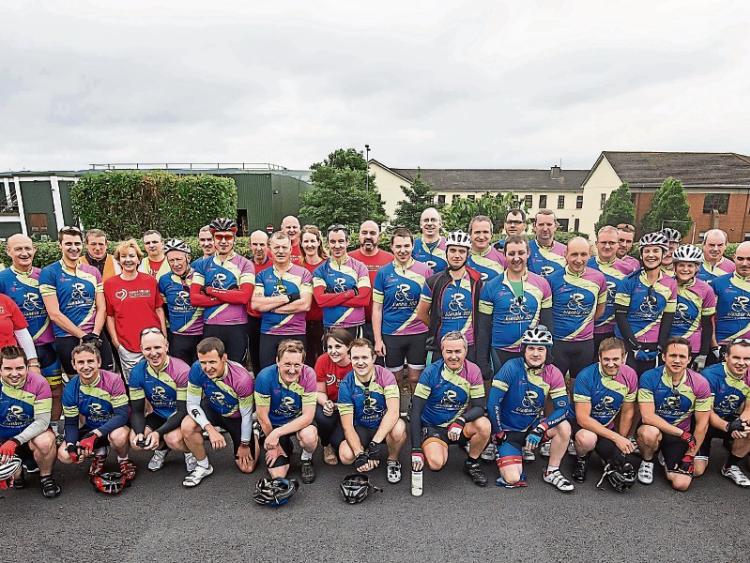 Almost 40 Glanbia cyclists endured a seven-hour cycle from Glanbia in Ballyragget to Limerick City in a bid to raise much-needed funds for the Irish Heart Foundation.

The cycle took place earlier in the month, finishing at the Ballyragget plant, when the cyclists returned after another seven-hour day in the saddle. The group raised a sum of €25,000 for the charity.

All cyclists had been in training for the big event for several months and everyone that set off on the cycle completed the course and returned safe and sound the next day.

Two groups undertook 150km and 100km each day respectively with two different routes set out for each pack.

With the assistance of 14 volunteers coordinating the event on motorcycles, and in cars and vans, cyclists were well taken care of with first aid and food stops and any other requirements throughout the journey.

All the money raised from the event will go directly to the Irish Heart Foundation.