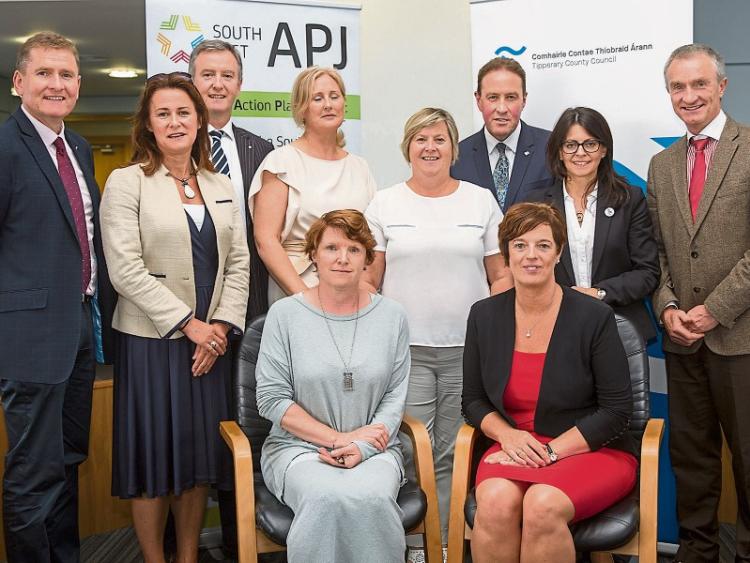 Former Wexford hurling manager and Managing Director of the Griffin Group, Liam Griffin, owners of Hotel Kilkenny, did not mince words when setting out the task at hand of creating 30,000 new jobs to tackle the south-east's unemployment problem.

“There are so many young people wandering the streets with no jobs and it is shameful,” he said,l speaking at a regional tourism workshop recently.

“We have to get off our backsides and do something about this situation, rather than complain and expect others to do it for us

“ That is not to say it will be easy. In fact it will be like climbing the north face of the Eiger. But we have to try a different approach. What didn’t work in the past won’t work now.”

Mr Griffin was invited by Frank O’Regan, Chairman of the South East Action Plan for Jobs Implementation Committee to get involved in the Action Plan and be the Industry Champion for the Tourism elements of the Plan.

Mr O' Regan is the former Vice President of Global Operations of the multi-national company Baush & Lomb. The Action Plan has been sub-divided, for ease of implementation, across 10 sub-groups, comprising 6 sectoral groups considered to provide the best potential for job creation in the region .

The tourism workshop held in County Hall, Clonmel was attended by upwards of 60 specially invited representatives of the tourism industry from across the south east.

Liam Griffin enthralled the large gathering with his passion and enthusiasm. He said he is prepared to give the South East Action Plan for Jobs initiative a chance. He was impressed with the number of agencies involved and committed to the cause of job creation in the region.

The Tourism industry is a critical component of the economy of the south-east. It is the largest employer, with approximately 11% of the workforce engaged in the tourism and hospitality sector. Almost 900,000 overseas tourists visit the south east each year. Jenny De Saulles, Head of the Ireland’s Ancient East Brand with Failte Ireland addressed the Workshop. She said the region has the potential to attract at least another 300,000 visitors over the next 10 years.

Director of the South East Action Plan for Jobs Sean McKeown said all the ideas and suggestions put forward at the workshop would be reviewed to see how they can be incorporated into the plan.