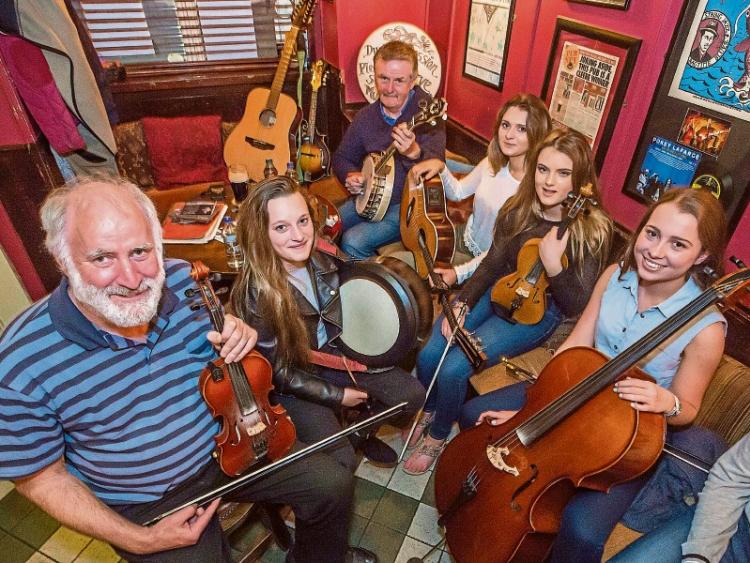 Music, song and dancing has enveloped the streets of the Marble City as the Leinster Fleadh Cheoil gets underway.

3,000 participants will take part in the event with over 9,000 visitors attending thus generating hundreds of thousands of euro for the local economy.

The Fleadh Cheoil officially opened last night (Tuesday) at the Set Theatre and boast an eclectic line up of performers.

Event PRO, Paul Dargan explained the positive impact that the competition has on the locality.

“It has nearly been 12 years since we had a Leinster Fleadh Cheoil in Kilkenny and it is great to have it back.

“The Fleadh Cheoil reaches back to community level. Most of us remember singing or dancing or playing the fiddle as a child and it is fantastic to see our heritage and culture being preserved and continuing to grow at the same time,” he said.

On Wednesday a number of workshops will take place in the Clubhouse Hotel in Patrick Street for fiddle, concertina, flute, beginner whistle and button accordion. Experienced tutors will give the workshops and all ages are welcome. The cost is €10 and the registration is at 10.30am.

Another programme highlight is at the Home Rule Club on John's Quay on Thursday night where a singing session will take place.

On Saturday a Fleadh Mass will take place at St Fiacres Church in Loughboy at 6.15pm.

The Fleadh will conclude on Sunday (July 10) with competitions in the Presentation School, the Gael Scoil Osrai and the Watershed and Gig Rig entertainment on the Parade Plaza from 2.30pm to 4.30pm and from 6pm to 9pm.

The winners from the Leinster Fleadh will go on to represent the province in the national finals in August in Ennis.