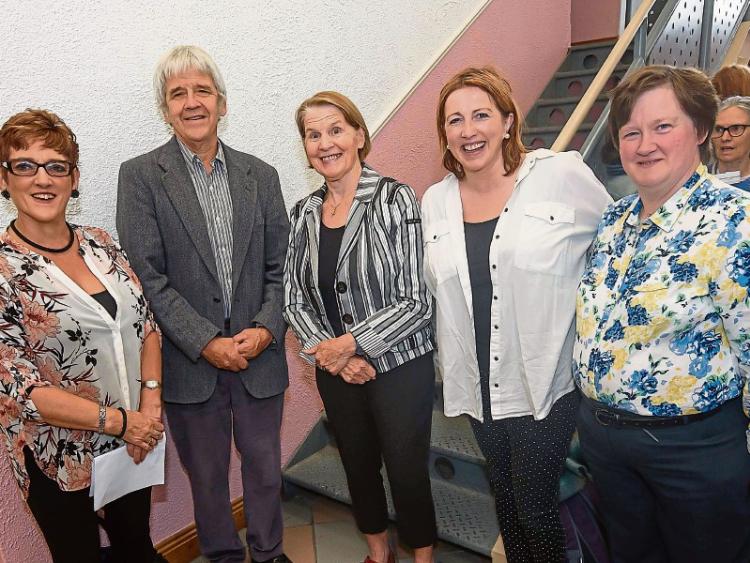 A ‘Them and Us’ approach to citizenship, excluding migrants, refugees or homeless people, is a betrayal of the values set out by the men and women who fought for Irish independence 100-years ago, according to social justice campaigner, Sr Stanislaus Kennedy.

The founder of the Immigrant Council of Ireland and Focus Ireland is warning that migrants and people who are homeless must not be viewed as ‘the other person’.

Sr Stan made her remarks as a Keynote speaker at the Thomas Hunt Inclusion Seminar, during the Abhainn Rí Festival, Parish Hall, Callan, County Kilkenny.

“We are all feeling proud, these days, and rightly so, of our hard-won right to citizenship of a free and independent republic,” she said.

“But it is perhaps timely in this commemorative season to think about citizenship and the right to citizenship in a wider way, to think about it not as a means of distinguishing between ‘us’ Irish citizens and ‘them’, immigrants and newly arrived people, but as a force for inclusion, empowerment and social well-being that we can extend to people now living among us whose roots are in other countries, who are making their homes and their lives here.

“However, this is not happening, or it is happening against difficult odds. We know, from the frontline experience of the Immigrant Council of Ireland, that the process of becoming an Irish citizen is problematic for immigrants. There is no transparency in how decisions regarding citizenship applications are made; nor is it clear what the criteria are for becoming a citizen,” she added.

Sr Stan highlighted the cost 'the cost of becoming an Irish citizen – which can be up to a €1,000, all told – is prohibitive and exclusionary in itself', as it is beyond the reach of low-income families, single-parent families, or those who wish to submit applications for both parents and adult children all at once.

Sr Stan said that if our idea of citizenship is challenged by the need of refugees and asylum seekers, it must also be questioned by our reaction to homelessness.

“Last night, 1054 families spent the night living in emergency homeless accommodation across the country, including 2,177 children,” she said.

She said that everyone agrees that the 2177 children in this country living in emergency accomodation is a national scandal: “There is not a politician in the country that would argue with me when I say it is unacceptable,” she said. “There is not a community group that does not consider it a disgrace. But the fact remains that when homes are eventually secured for homeless people, the announcement is met with rejection and resistance from organisations which represent the people who already live in the area. It does not matter whether it is a group of houses or a single house or apartment. There are always expressions of ‘concern’.”