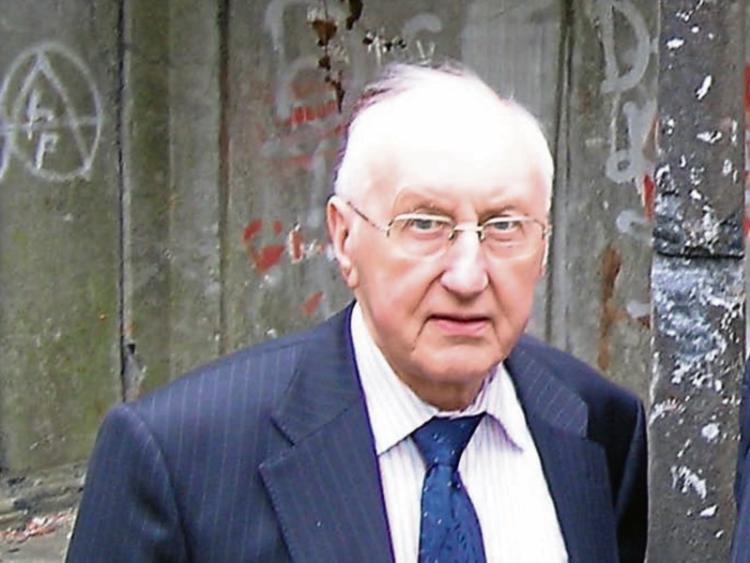 The funeral of the late George Sherwood (Senior) of Kilkenny City will take place on Saturday morning.

Mr Sherwood passed away on Wednesday.

His iconic Sherwoodsdigital store has been a feature of Kilkenny City for decades. An electronic engineer who once served in the RAF, Mr Sherwood opened the shop on High Street in 1953, selling and repairing radios.

The store would later grow and re-locate, expand into neighbouring counties — but always remained a family business.

Mr Sherwood was a prominent and active member of his local parish and wider community.

A former parishioner of the Church of Ireland parish of St Mary’s, he was the voluntary project manager in renovations to St Mary’s Church, transforming it into a parish hall in the 1950s and 1960s.

His tireless efforts to secure the future of the 13th Century building were invaluable, and there is no doubt that without him, its story would have been very different . The church is currently being preserved and re-purposed as a national museum — a longstanding goal of his.

Mr Sherwood had a wealth of knowledge about his city, and enduring affection for it.

He was a much-loved uncle to George, Marc, Jeremy, Elizabeth, Valerie, John and Richard. He will be fondly remembered by his sister-in-law Ruby, grandnieces, grandnephews, relatives and friends.

Reposing at Hehir's Funeral Home on Friday from 7.30pm. with prayers at 8.30pm. Removal on Saturday at 11am. to St Mary's Church, Kells, for service at 11.30a.m. Burial will take place afterwards in the adjacent cemetery.