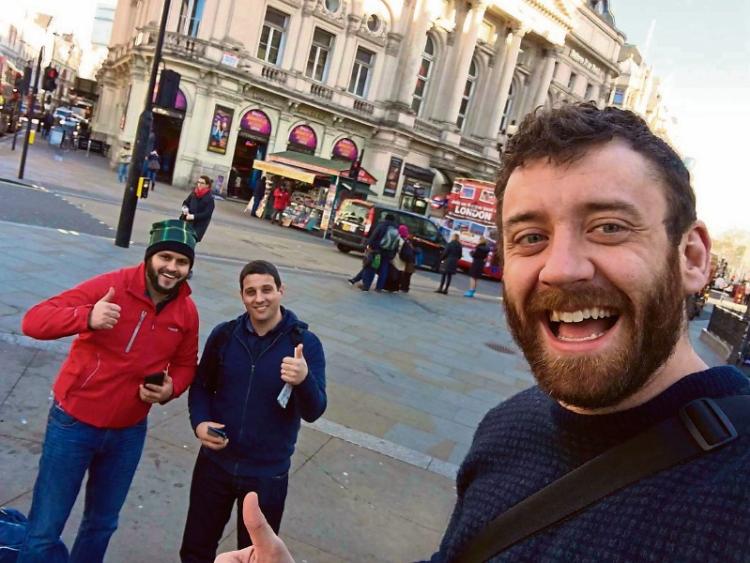 With 3oo million views on Vine and plaudits to beat the band -the Fupin Eejits have become an internet sensation with their short videos of fun frolics and mayhem uploaded regularly.

Next Sunday, July 10 their latest documentary, Gone Viral, directed by Charlo Johnson, will have its Irish premiere at Galway Film Fleadh .

Most of the footage is shot in the local area, and it has earned them the status as Ireland’s most popular stars on the video sharing internet platform Vine. The BBC has referred to Vines as being "mesmerising 6-second slices of ordinary life".

The Fupin Eejits are also preparing for their US Premiere and have been invited to attend DOCUTAH International Documentary Film Festival in St. George, Utah as special guests in September.

The documentary film was filmed in Tipperary by Dublin based producer/director Charlo Johnson and award winning filmmaker Paul Webster co-producer of Gone Viral.

Twitter recently announced that Senan is the best international Vine star (i.e. the most popular Vine creator) outside the US.

They are very relaxed about their new found fame online, and in terms of future plans they have a “Whatever happens, happens” attitude.

American Critics have described Eddie and Senan as being "Totally relatable, down-to-earth, and completely self-effacing" in the documentary which has "beautifully shot interviews which makes it so endearingly human".

Tickets for GalwayFilm Fleadh Premiere July 10th for €9 can be picked up at www.galwayfilmfleadh.com