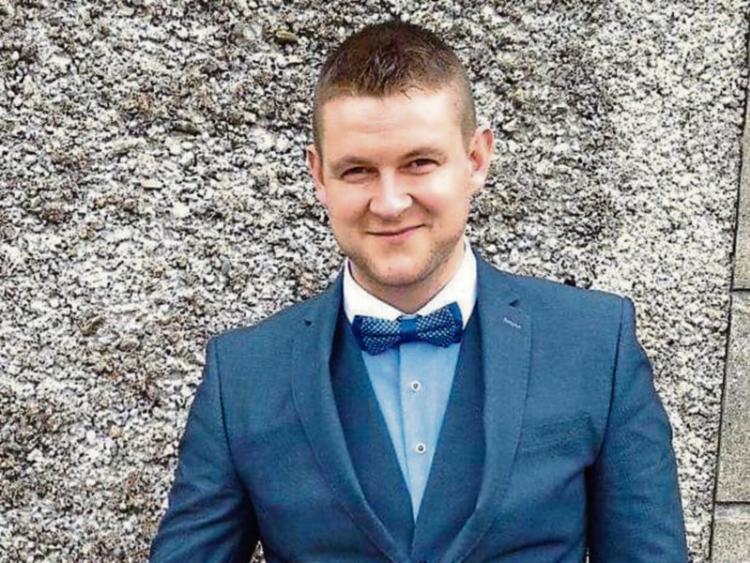 A Cityjet flight on Friday last, July 8 from London Stansted was a welcome sight and relief for all the Kelly family from Courtnaboughla, Goresbridge when the remains of Kevin Kelly finally landed back in Ireland at Dublin Airport.

This ended a ten-week wait for the family after Kevin was killed in North Georges Street, Luton, London on May 1.

Kevins remains were received by John Walsh, undertaker of Tinnahinch, Graignamangah. Kevin’s father, Michael Gerard Kelly, his sister Sinead Kelly and Symone Sangha, mother of his son Gerrard, arrived in to Dublin from London on an earlier flight while his mother Katherine Barceo arrived from Luton to Kerry, travelling up to Kilkenny.

Katherine, was devastated and heartbroken to see her son return to her home place in a coffin.

A native of Skeoughvosteen, she is a daughter of the late Richard Barcoe and his wife, Bridget Barcoe (95). Bridget now lifes in West Cork with her daugher Katherine.

Kevin's father, Michael Gerard is from the Inisowen Peninsula in Donegal.

Kevin was waked in the family home on Saturday, July 9 and removal was to the rural church of Our Lady of Lourdes, Skeoghvosteen where his remains were recevied by Fr Gerry Byrne PP, Graignamangah.

Family and friends travelled from all corners of the globe - Australia, California, Cyprus, the UK, from Donegal and Kerry to support the Kelly family.

People from the rural community of Skeoghvosteen flocked to the church for the funeral Mass.

Kevin had moved to Luton just under five years ago and set up his own business - KK Plastering and Drylining Ltd and employed his younger brother Brendan.

Kevin’s parents Michael and Katherine, his brothers Michael Patrick and Brendan, sisters Michelle, Tara, Sinead, and Katie and his son Gerrard and gilf firiend Symone Sangha, nieces, nephews would like to sincerely thank eveyrone who supported them in their great loss especially his friends, and also Willie Lalor and John Barcoe (Goresbridge) who looked after the grave, the local choir and altar servers, Blacks and Whites GAA club, his many friends who travelled and all who donated to the fund.