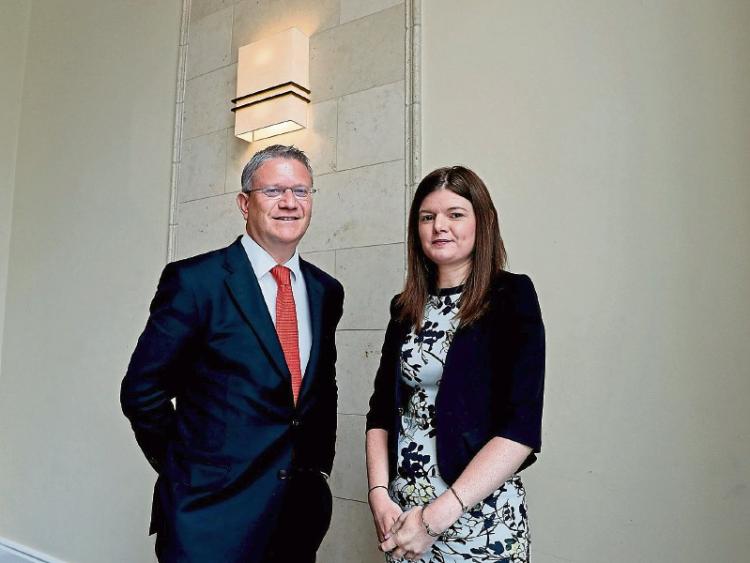 Local TD Kathleen Funchion tlast week closed the final session and day of the 52nd Plenary of the British Irish Parliamentary Assembly as the new Irish co-chair of BIPA.

The two-day Plenary took place last Monday and Tuesday, July 4 and 5 in Malahide, County Dublin. It was attended by members from the Westminster Parliament, the Scottish Parliament, the Welsh and Northern Assemblies, Jersey, Guernsey and the Isle of Man.

Deputy Funchion was recently nominated by her party to take the role as Chair of the Good Friday Agreement Committee in the Oireachtas. She is both the first Sinn Féin elected representative and first ever woman to hold the position.

Her BIPA co-chair is Andrew Rosindell, a Conservative Party Member of Parliament for the Romford constituency in Greater London.

“The main themes addressed this Plenary were topics which affect us all: tourism and inter connectivity opportunities between the two islands, visa systems, the impact of the referendum on EU membership and most crucially, it’s implications for the Good Friday Agreement,” said Deputy Funchion.

“Obviously, Brexit featured heavily. It was positive to hear that the overriding sentiment by members is one of cooperation. The scale of issues arising is still being unveiled.

“The potential for fundamental change to relationships between our islands is clear. However, it was obvious from the contributions shared that there is a will to work through things in a constructive manner.

Deputy Funchion said she was 'heartened' to hear consensus on no desire to return to a ‘hard’ border on the island of Ireland.

Also, the Kilkenny TD said there was agreement on working to strengthen economic, social and political cooperation, and to ensure the gains of the peace process are maintained.

“Brexit will undoubtedly feature in the next Plenary in November again later this year,” said Deputy Funchion.

“So it is vital that work continues through the BIPA committees in urgently addressing and examining its implications between now and then.”