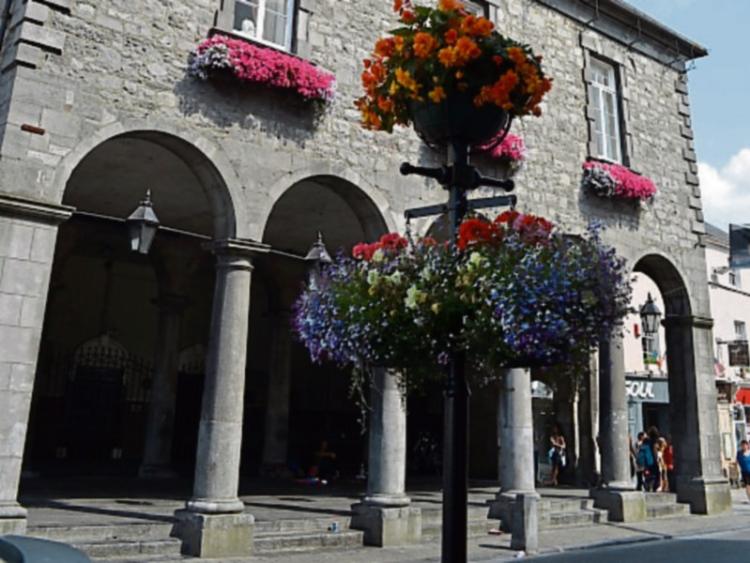 Residents of the Fairview housing estate in Graignamanagh have expressed fears over health and safety due to the condition of a wall and railing which border the estate.

At the recent meeting of Kilkenny City Municipal District, a deputation from the residents' committee made a presentation to the elected members. As well as assurances for their safety, they are seeking funding for repairs to the retaining wall and connecting railing as soon as possible.

Committee member Mag Whelan told the meeting that it had been an ongoing issue for the estate for years, but the residents' association was only formed around a year ago.

“But there's a problem with the retaining wall. It's a question of health and safety now as opposed to just aesthetics. The €10,000, while welcome, won't go far enough.”

The structure runs adjacent to the R703. At present, there are cracks in the wall and it is warped along the front of the estate.

“Children play along the wall and railings, and residents are terrified something will happen and it would tip and fall into the main street,” said Ms Whelan.

She told members that a report previously under taken by the council had acknowledged that there was a problem with the wall. The suggestion is that some kind of underpinning of the wall or filling is required.

“And there's a fear it wil even go over that. It has become a real concern for us.

“There's a lot of older residents. A lot of people use the estate on a daily basis, and there is an overwhelming fear that something will happen.”

“Quite a lot of it has rotted away,” he told councillors.

Mayor Pat O' Neill said the council would do its best to try and find the funding to try and solve the issues.

Acting director of services Simon Walton said that the council did commission a report in 2013, and that the solution to the problems, including the railing, would cost somewhere in the order of €100,000.

“So, in 2013, we would have applied to the Department of Transport under the Specific Improvement Scheme.

Mr Walton said that there were two courses of action available; either the council would have to find the money from its own budget, or source it from the discretionary allocation from the Department.

“But, ultimately, the solution is known,” he said.

“They key is finding the funding.”

Cllr Peter 'Chap' Cleere thanked the delegation, and said he knew the area well as his mother was born there and he still had family there.

“The light in all of this is that we know there is a solution,” he said.

“I feel people's frustrations and worries. I think that we need to be pro-active here.

“I propose we write to the Department to seek once-off funding under health and safety grounds. Failing that, or if we get a negative answer, we [should] include this project as a priority for 2017.”

“It is a sizeable structure of a wall, and it is in a poor condition,” he said.

“I would like to second Cllr Cleere's proposal and write to the Department for this work, which is highly merited.”

Mr Walton said one-off funding from the Department may not be easily obtained.

“The wall is not in immediate danger of collapse, but obviously the railing is a danger,”he said.

“There are structural issues there that need to be addressed.

“It is unlikely there will be another one-off funding from the Department, and I don't want to give anyone false hope. I hope I am wrong, but I think it will have to be a matter for our Budget 2017.”

Cllr David Fitzgerald sought clarification from Mr Walton that the wall is not in immediate danger of collapse. Mr Walton said as far as he aware this was the case, but that the railing needed to be replaced urgently.

“In the longer term, there are repairs to the wall which will require our attention,” he said.