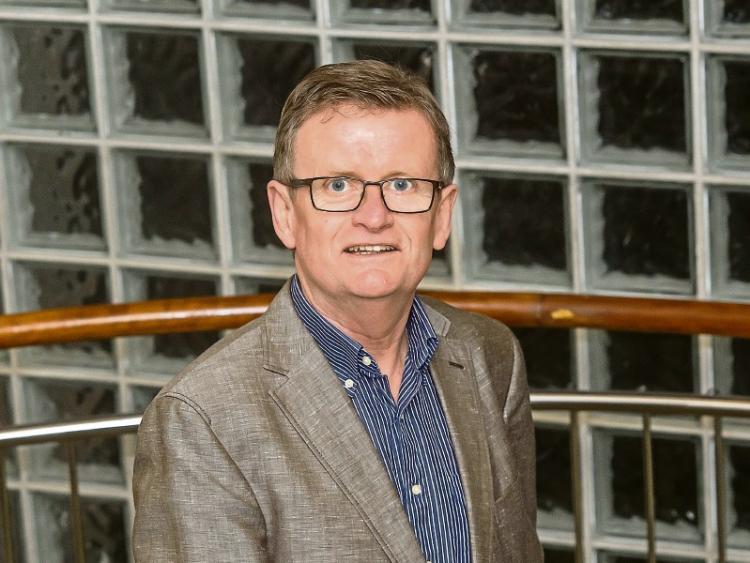 I went to see ‘The Hellfire Squad’, the latest theatrical blockbuster from Devious Theatre Company on Monday night in Dublin ahead of its Kilkenny premiere on Thursday, July 28.

This is the second of three shows scheduled for 2016 to celebrate 10 years of theatre excellence from Devious. It’s an ambitious undertaking that has taken over six years to bring to the stage.

The play, written by John Morton and Peter McGann tells the story of the hit squad put together by Michael Collins after the 1916 rising. It is based on the real life exploits of Collins’ death squad, known as the Twelve Apostles, prior to the War Of Independence. Their main aim was to counteract British intelligence through a series of assassinations.

The story is narrated by The Bould Kathleen Sweeney (a wonderful performance from Annette O’Shea) who tells us “their purpose was clear: to move through the streets of Dublin and put the fear of God in the occupying forces.”

The Bould Kathleen runs a sheebeen where the assassins meet and plot. As Act One progresses it turns out all is not as it seems. There’s a spy, or spies, in the camp. Who could it be? Who is dedicated to the cause? What IS the cause?

The play zips along at breakneck speed under the tight direction of Sarah Baxter. Act One ends in a shocking climax, leaving the audience breathless as they head for their interval coffees, or maybe something stronger.

Act Two opens quietly, but soon the action and tension is ratcheted up again. All eight characters are given strong roles, with the standout comic moments going to John Doran as Finbarr McLiammoir, Dave Fleming as Fr. Desmond Furey and Peter McGann as the only lingerie selling terrorist in Irish history.

Amid the mayhem, Stephen Colfer manages to bring the right level of menace to the role of Dr. Roddy Quincannon, while John Morton as the one eyed Walter Meade and Ed Murphy as Austin De Courcy veer from would be assassins to innocent buffoons. David Fennelly, as Tadhg McRoth, is perfect in the part of the bewildered leader of the group.

The play is described as an ‘action comedy’ and that is something of an understatement. The action never lets up and is driven along by a soundtrack ranging from Rory Gallagher to Calexico. This is probably the funniest history lesson you will ever see and it’s a long way from the history we’ve been taught in Irish schools.

Will it annoy Collins’ detractors?

Will it annoy Collins’ supporters:

Did the audience like it? Yes, with a standing ovation from a packed ProjectTheatre on a hot Monday night.

‘The Hellfire Squad’ moves to the Watergate Theatre from Thursday 28th to Saturday 30 July as part of AKA Kilkenny Fringe Festival.

Devious have scored the vital away goal at The Project. The return leg at The Watergate should be a cracker in what’s sure to be a triumphant homecoming for Devious Theatre. Don’t miss it!