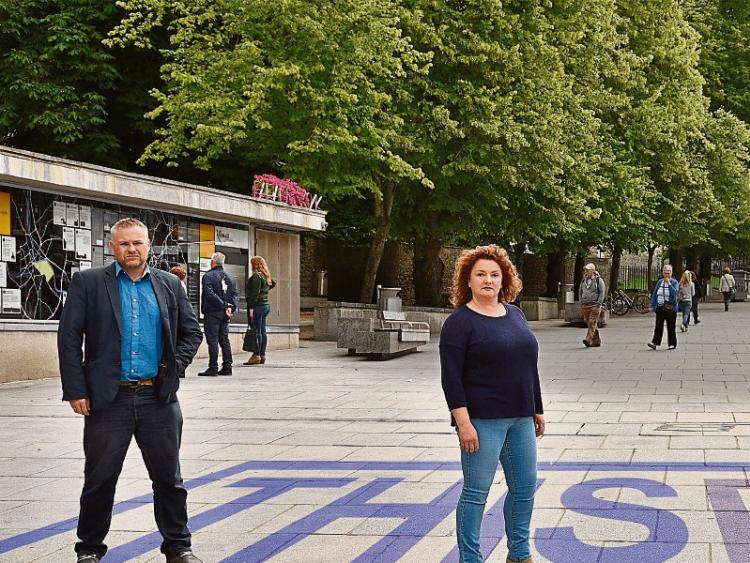 A new film, planned for next year and titled ThisDay, has just been 'launched' with a call to all to get involved - a unique invitation for the entire community.

Writted and directed by Pat Kenny, the story is about a man who plans his suicide within a framework of 36 hours - but like all good films - events do not go as expected.

The mechanisms for bringing this film to its conclusion - based on a high level of volunteerism allied to crowd funding - make it a rare venture in this country but certainly not globally.

Pat Kenny may well have hit something here and judging by the enthusiasm of his colleagues - producers Richard Kearney and Barbara Loftus and costume designer Mary McGuinness - the project is off to a strong start.

The topic though is one that has affected many people in our community. The film has been germinating for a number of years with Pat eager to bring his film to an Irish audience, have the movie produced in Kilkenny and on a relatively small budget.

Impossible you may say. Not so as the experience of 'Winter's Tale showed.

“I also wanted to demonstrate, as we did with Winter's End (a story about rural isolation and mental health), that films can be made anywhere and Kilkenny is such a creative hotspot and they don't need to cost the earth,” added Pat.

“Stories always start for me with a character and then a situation. This Day started with Steve, a middle aged separated husband and father of three taxi driver. The story takes place within a 36 hour slice of time at the end of which Steve intends to die by his own hand. An intervention of sorts takes place and Steve can't be sure if it's real, imagined or other worldly. Far from being a downbeat story, This Day is an uplifting celebration of the power of the family. I pitched the story of This Day to the Irish Film Board and they immediately provided support to develop the script” he added.

As the script came to conclusion, Pat found himself really 'tuning into' mental health and suicide. And Pat has put a lot of thought in to it.

“The vast majority of the talk around these areas is concentrated on dealing with issues at the cliff’s edge, in other words it’s about raising awareness, raising funds for NGO’s and pressuring government to allocate more resources,” said Pat who descibed it as necessary but concludes that many people in trouble descriobed their lives as 'stressful.'

With the end of the industrial age, a new millennium and significant social change, certain values and interactions have changed.

“As a result, we live in a time in which positive social interaction and cooperation are not encouraged. Doing well requires us to compete with those around us for limited resources, while the benefits of economic growth filter upward to an incredibly miniscule segment. Society is a winner-take-all never ending game in which pathological behavior is rewarded and people possessing anti-social traits are the most successful. Adherence to authority, the ability to manipulate people and to turn a blind eye to the suffering of others are all qualities that are encouraged and rewarded,” said Pat adding “It could well be that no truly human being could possibly be at one with a society of this kind, without unhealthy coping measures such as drugs, prescription or otherwise and alcohol.”

Quoting Jiddu Krishnamurti “It is no measure of health to be well adjusted to a sick society.” Pat belives that making this film offers everyone an opportunity to put something out in to the world that is really thought provoking and of value.

“As I worked on the story, I kept asking myself if the central character was visibly mentally ill or could be discerned as such. That was until I came across the concept of “rational suicide”, or in other words, someone who takes their own life but who is not mentally ill. The following is a quote from Kristin Holland, a behavioral scientist at the Center for Disease Control in the US. “Many people view suicide as a mental health problem, but many people who die of suicide do not have a mental health problem. It’s a public health problem,” she said. We shouldn’t be too surprised although I will admit I was,” he added.

Nowdays Pat notes that liberal thinkers tell us we have a right to die - “Today liberal thinking tells us that we all have the right to die ”of course they are speaking in terms of people suffering chronic illnesses, with little or no quality of life and no prospect of improvement. But unfortunately, that message closely aligns with those who see no value in going on, who can see no way out of their problems, who want to escape their pain, but are on the face of it, not ill, not infirm, not old nor dependent on others.”

As Pat points out, Winter’s End would never have happened without the collaboration of the people of Kilkenny who generously gave of their time, their talents and resources.

It went on to receive two IFTA nominations, winning one and several international awards from LA to Mumbai.

Today it’s available to view for free as a full length film on YouTube.

“That is why we are taking the production of This Day on a similar path. At this stage we are still crewing up and casting and most importantly, looking for people who are willing to assist with marketing online through social media (Facebbok, Twitter and Instragram), website content and email newsletters. We have a hybrid funding model in mind of further support from IFB, investors and crowdfunding and section 481. Digital marketing is my profession and crowdfunding is an amazing way of building an audience and a community around a project,” said Pat.

One of the producers of This Day is Richard Kearney. Richard has extensive experience in film production and comes with a very “can do” attitude.

Barbara Loftus is also on board, bringing with her skills in communication and outreach, while Judi O’Malley is providing the project with her knowledge of funding and project management.

Jillian Bradbury who played the lead in Winter’s End and has since graduated from RADA will take one of the lead roles in This Day while Adam Goodwin who also appeared in Winter’s End in a lead role and has since been seen in Fair City, The Clinic and is currently shooting in Wicklow on Vikings will also take a role. Prominent local costume designer Mary McGuinness is on hand to offer her expertise and Michael Browne, a talented local makeup artist and photographer has joined the team also. Kilkenny native Ray Doran is also working with on the film from San Diego in the role of key art and storyboard artist, so already they have an international dimension.

For now, This Day requires those interested in any particular role - from investor to lighting - to subscribe by visiting www.thisdayfilm.com and while all life's questions may not be answered - how to make a difference by getting involved in this film certainly will be.