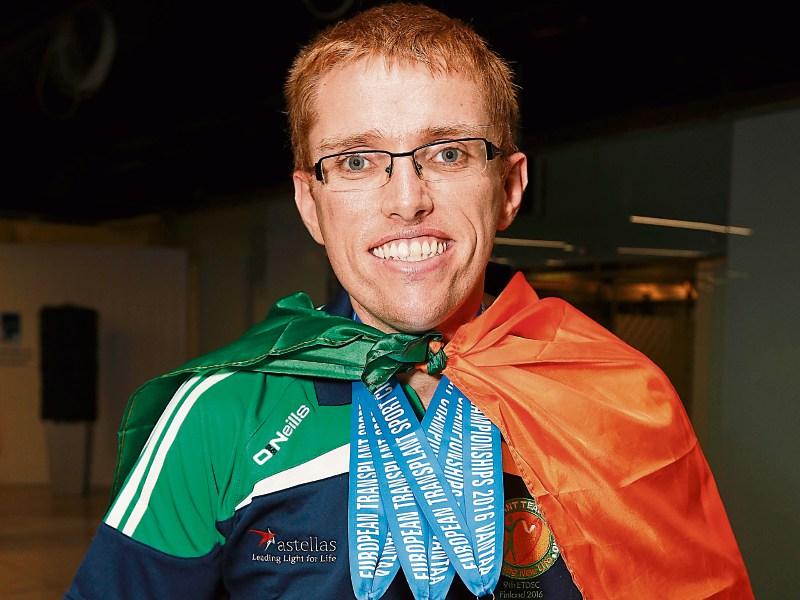 A Kilkenny man did his county proud at the 9th European Transplant and Dialysis Championships in Vantaa, Finland.

His first Bronze was won on the first day of the week-long events in Darts and then two days later he was placed third in the Badminton singles event followed up soon afterwards with further success in the Badminton Doubles event with his pairs partner Mike Keohane from Roscarbery, Cork. Richard, a University of Limerick graduate with a PhD in Engineering, said after the Badminton events, “I really enjoyed the matches. They were extremely competitive with strong opponents. I’m enjoying the games experience immensely. There is a real sense of family and everyone is very welcoming and friendly.”

Despite extremely changeable weather and heavy rainfall at the Championships in Vantaa on Monday and Friday, the determination and strength of the Irish athletes was consistent throughout. So too was the camaraderie and sportsmanship that they displayed not only with their own team but with athletes from all of the participating countries.

Throughout the week long Games, the Irish team saw huge success from the Table Tennis court, to Petanque, to the Swimming Pool to Track and Field in Vantaa as well as on the beautiful Golf Talma located in nearby Sipoo.

Team Manager Colin White summed up the week as a joyful and fantastic experience full of the Irish Team spirit.

Goodwill for the team was in abundance with a message of support from Brian Cody.