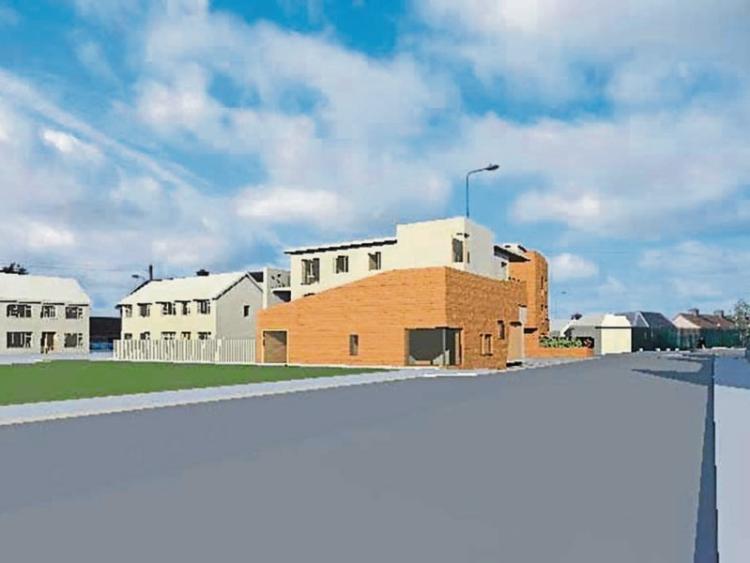 Residents in the Walkin Street/Old Callan Road area of the city have expressed concern over plans for a new four-storey building on their doorstep.

The site at the junction of the two roads has been derelict now for years, with the old retail outlets and the Lighthouse Pub demolished around a decade ago. Planning permissions were granted and site works carried out in the 2000s, but they stalled due to the economic downturn.

Now, Oaklee Housing Trust is seeking planning permission to construct 35 residential units, comprising 23 apartments in a four-storey building, eight apartments in a three-storey building and four town houses, along with a 50 sqm ground floor office, and a 110 sqm community centre. This will be built over the existing basement car park, with vehicle access from the Old Callan Road.

Development officer John Mulhall says that Oaklee has been in discussions with the Kilkenny County Council’s housing department regarding the housing need for Kilkenny City, and it was established that there is a large need for social housing units. The units have been designed to cater for all aspect of need, including disability accessible units on the ground floor.

However, at a meeting organised by Oaklee in the Club House Hotel on Friday, at which plans were on display, a number of locals expresssed concerns.

“Maybe they could look at one or two storeys. All the houses behind it — all their light will be gone.”

Another lady said she had young grandchildren and would like them to be able to walk to school safely. She said there was already problems getting out onto the Old Callan Road due to the volume of traffic.

“I'm worried about the traffic — it's already wicked at the moment,” she said.

“It's 30 more houses and that means more cars coming in and out.”