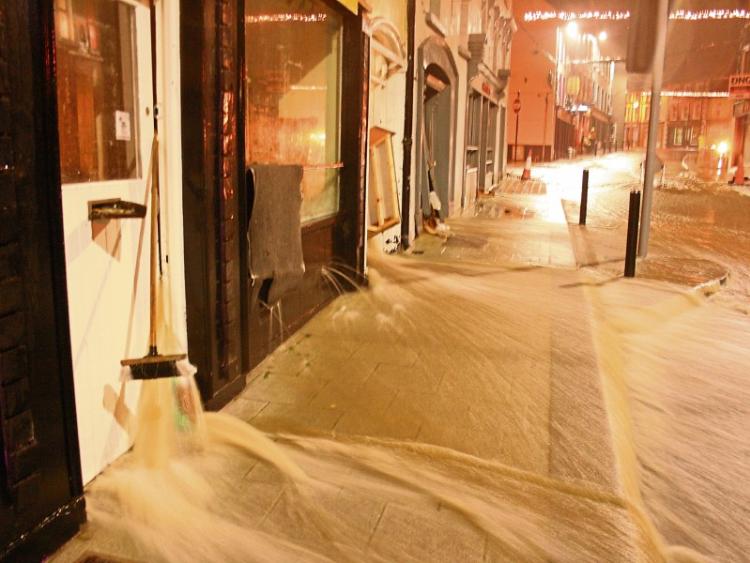 Individual properties affected by flooding in Graignamanagh and Thomastown have beeen under going assessment by a survey team in recent weeks.

The threshold survey and detailed building survey of at-risk properties was carried out to provide information on the risk of flooding and potential measures that could be suitable for each property. It's hoped that a similar project can be rolled out in Inistioge if this pilot scheme proves a success.

Meanwhile, in the Piltown Municipal District, Cllr Pat Dunphy has been in contact with Irish Water regarding ongoing pipe bursts and leaks to the water supply in Mooncoin and areas of Piltown, and mains replacement.

The Kilkenny Small Mains Rehabilitation Contract 1 – site investigation and detailed design — has been completed by David Walsh Civil Engineering on The Sweep, Belline and Ballygriffin. It is for the total length of 4.5km.

A work order has been issued to the contractor, with construction works to begin on the Ballygriffin section in September, following completion of the Carrigeen section of watermains. All sections are expected to be completed by the end of this December.

The replacement of 1.3 km substandard 100 mm asbestos cement watermains between Mooncoin and Doornane was approved by Irish Water Asset Strategy in April 2016.

Work has already commenced on design and tender documentation and it is expected to be issued to tender in the third quarter of this year.