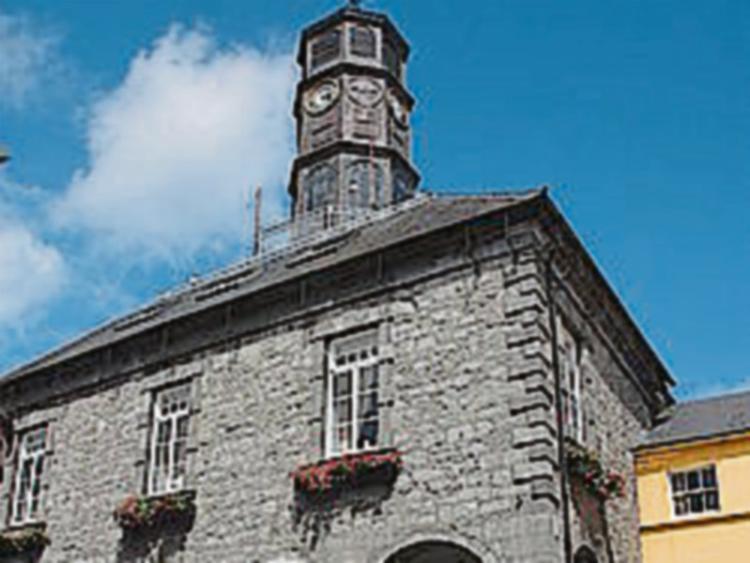 Kilkenny's historic Tholsel building — City Hall — will not beturned into a public toilet for the adjacent St Mary's museum, as had been previously mooted.

At the same meeting, councillors approved a proposal which will see the Medieval attraction managed by Kilkenny Civic Trust. The whole project is to cost around €6 million, €3.9 million of which is Failte Ireland funding, €400,000 from the Civic Trust, and the balance from the local authority's own budget. It will be open by the end of this year.

The decision means the council can avoid the expensive process of establishing a new company, while maintaining the asset. Kilkenny Civic Trust will now take on the day-to-day management of the museum, with a formal lease being agreed.

The museum will remain in council ownership. An annual subvention is to be agreed when there is greater visibility on operating costs.

“The reality is that any facility of this nature will require some sort of subvention,” said Ms Byrne.

The chief executive told members that the Civic Trust has grant aided a number of projects over the years, and is now reviewing how it operates going forward. The Civic Trust has indicated it is also willing to get involved with Rothe House.

“There is no doubt about it – it is a phenomenal project, and what has been uncovered in the archaeological dig has informed and shaped the process,” he said.

“It would be remiss of us not to acknowledge the contribution of the late George Sherwood. He and the church body played a huge role in securing the future of St Mary's.

Cllr Noonan said he also wanted to acknowledge the role of the late John Bradley. He said that a lot of visitors to St Mary's would be from Ireland or local, and that it could be developed as a centre of excellence.

“There is a strong community participation element to it,” he said.

Cllr Mary Hilda Cavanagh said the museum would be one of the biggest jewels in Kilkenny's crown when it is finished.

Cllr Pat Fitzpatrick seconded this and congratulated the chief executive.

“Maybe, just before it opens, the people of Kilkenny could be invited to come in for a look,” he said.

“I think we should look at that as a gesture to the public.”

Cllr David Fitzgerald complimented the chief executive on her initiative in 'taking the Civic Trust out of the shadows', and said he hoped more information would follow regarding its aims, the assets it holds, and how it intends to achieve its goals.

“I have one concern in that there is a subvention needed and we don't know what it will be,” he said.

“Museums are a wonderful asset but they can be a significant black hole.”

Cllr McGuinness asked about the rehousing of the historic monuments – the sword, the mace, the charter.

“I would suggest that we have some sort of an official handing over to mark the significance of that,” he said.

Cllr Joe Malone then said he hoped there would be occasions in which the artefacts could be brought back into City Hall. He also asked whether the St Mary's project was a 'backdoor job' for [Failte Ireland] to 'go into' City Hall.

“And our toilet situation -where does that fit into all of this?” he said.

In her response, Ms Byrne said she thought it was extremely important that the people of Kilkenny got a chance to go into the museum before a charge was applied. She said she shared Cllr Fitzgerald's concern over financing, and that more would become clear as things progressed.

“It would be extremely unfair to expect them to take it on, — or for the council to do without some idea of the cost,” she said.

Ms Byrne explained that operating costs would revolve around a number of things, such as the staffing needs, visitor numbers and other issues.

“The Civic Trust is not here to make money – it is here to do a job on behalf of the people of Kilkenny,” she said.

Addressing Cllr Malone, she said that Failte Ireland had grant aided the St Mary's project and it was separate from the Tholsel.

“They are two separate projects,” she said.

Cllr Malone said that the two lead into one.

The chief executive clarified that the architects had revisited the issue of toilets in St Mary's, and things had been moved around to accommodate their provision. They will be fully accessible.

She said she was sure the new CEO of the Civic Trust would be happy to talk to councillors after he had time to settle into the role.