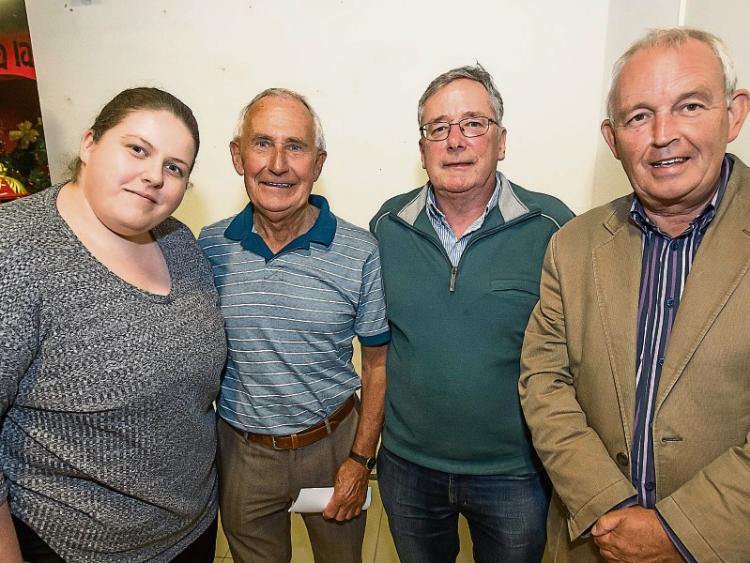 Last Thursday night was described as revelationary for over 120 locals who attended Kilkenny Famine History Presentation in the former dining hall and chapel of the Union Workhouse at MacDonagh Junction.

The speaker was Dr. Jonny Geber, a biological anthropologist from Sweden, now lecturing at the University of Otago in New Zealand who has spent the last ten years researching the 975 human remains discovered in unconsecrated ground as the development was being prepared.

In 2005 as work was being supervised by Kilkenny Archaeology the remains were discovered in an unmarked plot in the far corner of the workhouse ground. They had been covered over and were not marked on any maps and as such was unexpected. Under the National Monuments Act 1930 if human remains are unearthed they must be recorded and excavated and that is what led to Dr Geber returning from UK where he was working at the time to Dublin once he heard about the scale of the discovery. The excavation was undertaken by Margaret Gowen & Co. Ltd during the first half of 2006.

In famine history there are many unmarked burial sites of which Dr Geber alluded to locally but this sample size is the second largest 19th century mass burial ground ever examined in Europe and the largest famine site ever studied. This is the most significant archaeological discovery in the history of the world relating to the Irish famine.

There is a substantial historical record pertaining to the Great Famine, but virtually nothing deriving from the lower classes themselves who suffered most during this catastrophe and who comprised virtually all of its victims.

This new information from the Kilkenny workhouse mass burial ground, which essentially is telling the story of the famine from the perspective of those who did not survive, is vital to help us understand the depth of poverty and the social factors left evident on the remains.

Dr Geber told of how he used the most modern scientific techniques and painstakingly catalogued the remains recording age at death, size of each person, all traces of disease evident as well as any artefacts present for each person.

In doing so, along with travelling to Kilkenny (often unfunded in his spare time) and pouring over the few remaining records and minutes books as well as the newspapers of the day he pieced together a picture more detailed than any other researcher of these times.

He told of hordes of beggars meeting coaches travelling to the City, of parades of coffins going to St Patrick’s and St Maul’s cemeteries until they had reached capacity and burials were ordered to cease there.

Of two young teenage boys called Patrick and Thomas Saul from Clonmel who were offered one night of refuge in the Workhouse as they travelled on foot home from Dublin after being abandoned by their parents who emigrated without them to Australia.

One story in the papers detailed a refugee camp of sorts at Brougemaker Hill, Grange’s Road and John’s Green. As Kilkenny was a common destination for migrant labourers at the time, many travelled from the West hoping to find a better situation in Kilkenny and of how, ironically, they were treated with contempt and regarded as lazy and unworthy of help.

Attitudes that are echoed in modern society by some in response to immigrants seeking to better their situation.

His work created international interest and he has presented his findings to experts worldwide and stated that the interest reaches every continent as the great, great grandchildren of the Irish who fled to escape try to retrace the footprints of their forefathers.

Dr Geber is interested in the human story, who these people were, how they felt, what brought them to the Workhouse and what happened them once they got there.

He also believes that the work done to analyse the remains and the subsequent reburial was fitting and correct stating that it “humanised them.”

It was heartfelt as centre Manager Marion Acreman described the importance of remembering and retelling their story and invited all to get in touch if they wish to take one of the heritage tours available.

The Centre has plans to develop this research and tell the story in a way that will enlighten and honour these people who were reinterred in the Famine Memorial Garden in a multi denominational ceremony onsite in 2010.

Dr Geber’s book, Victims of Ireland's Great Famine: The Bioarchaeology of Mass Burials at Kilkenny Union Workhouse which details his research and explores the minute books is available to order from Amazon or you can ask your local bookstore to source it for you.