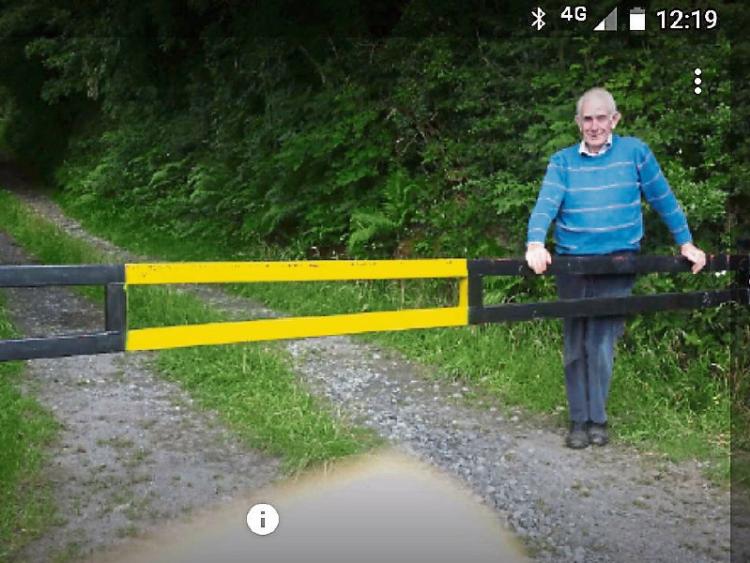 The person widely tipped to be the next vice-president of the United Sates of America is a South Kilkenny man.

Exhaustive research by Mary Flood of Kilkenny Family History, attached to Rothe House has found that the direct descendant of Democratic congressman, Tim Kaine, the running mate of Hilary Clinton on the Democratic Party ticket is from Rosbercon.

The information only came to light after Mr Kaine made a throw-away remark that one of his ancestors came from County Kilkenny and that started Mary Flood on her quest.

Tim Kaine has two cousins from Rosbercon who are really looking forward to meeting him, Mary and Joan Fleming.

Joan who visited the Kilkenny People office on Tuesday said there had always been rumours but it was not until Mary flood found the actual evidence in the baptismal record in Rosbercon parish could the direct and incontrovertible link between Mr Kaine and the Fleming family be made public.

“We are all over the moon with the news,” Joan said before demurring from standing in for a photo.

The Mayor of Kilkenny, Cllr Patrick O'Neill has issued an invitation to Mr Kaine to visit Kilkenny.

“He's one of our own and it would be great to bring him down to see where his people came from all those years ago.

“I have already written to his office in congress and I have sent a personal letter to him, asking him to join us in the Marble City, God willing, once he is elected,” Mayor O'Neill said.

He said he had no problem endorsing the Democratic ticket not just because of the roots but because they offered US citizens a better choice.

There is very little left of the original homestead and our photo on www.kilkennypeople.ie and on our Facebook page shows neighbour and farm leader, John Kennedy at the end of Fleming's Lane and there already plans for a monument at the spot once Mr Kaine and Hillary Clinton are successful in the November election against Republican nominee, Donald Trump.

William Fleming and Catherine Mackey had three baptisms recorded to them in the Catholic parish of Rosbercon.

They emigrated to Canada and their son Thomas b. 1831 later married Elizabeth Downey who was born there but to Kilkenny parents who were married in St. Canice's, Kilkenny.

Thomas was born in 1831 baptd. in Rosbercon, no marriage for parents available. His bride Elizabeth was born in Canada but her parents Patrick Downey and Elizabeth Phelan were married in St. Canice's, Kilkenny (no residences on record). They must have left afterwards as no baptisms are on record to them.

It looks like William was a younger brother of John Fleming who married a year after William and his family left the country. This was classic usually in regard to parents where when the mother or father died then son number one married.

John married a local girl Blanchfield and had children one of whom Edward later married and took over the farm from his mother. One of Edward's girls Catherine married in 1942.

It appears that William had at least two sons William and John. The earliest entries in the Rosbercon Catholic register date from c. 1817.

William Fleming and Catherine Mackey lived in the townland of Mullinakill, in the civil parish of Jerpoint West encompassed by the catholic parish of Rosbercon, Co. Kilkenny. Their marriage is not recorded which simply means that it has not survived.

Many marriages took place in the house of the bride in past times, was celebrated so well that it is possible that the event went unrecorded! Their origins in the townland are evidenced by a lease to Wm. Fleming of agriculutural land in 1833. Census records do not survive so there is no other means of establishing this other than from available vital records of marriage and baptisms recorded to them were:

Evidently the family emigrated to Canada c. 1851 where their son Thomas Fleming married Elizabeth Downey who was born there but to Kilkenny parents who were married in St. Canice's, Kilkenny – Patrick Downey and Elizabeth Phelan.

Patrick Farrell from Killashee, Co. Longford and their daughter Annabella

William and his family left the country. This was classic usually in regard to parents

where when the mother or father died then son no 1 married.

William’s brother John married a local girl Catherine Blanchfield on 23 March 1852 per Rosbercon parish register. The family lived in the Listerlin side of this catholic parish. Their children were:

The Griffith Valuation of 1850 and cancellations up to 1889 listed John Fleming as lessee of 6 acres 1 rood 6 perches and 39 acres 1 rood 29 perches from Charles Putland at Mullinakill. The holdings passed to Catherine after John’s death and passed to Edward c. 1912. According to a local land survey taken up during the twentieth century the family farmed 62 acres of land [John Kennedy was the surveyor].

Rosbercon. Edward and Bridget’s children were:

Three daughters were born to them:

Edward’s son James / Jimmy married Anastasia. Tombstone to both in Listerlin graveyard referred to Jimmy of Mullinakill and London probably emigrated for a time, died 26 Jan 1873, his widow died 18 June 1978. No Children?

Bridget who married ? Gilligan – all interred in Listerlin.

The Fleming land has passed out of the family and some of it is under forestry. Sadly, the original farmhouse is not accessible although it is clearly visible, almost derelict, from Fleming’s Lane in Mullinakill. Edward or Ned as he was locally called seems to have been the last to live here. William built a bungalow now occupied by Noel

Morrissey and his family.

landscape especially on a bright sunny morning. Closeby is St. Moling’s Well where the pattern is held each year in late August – scenic views from here are wonderful.

There are few traditional farmhouses houses in the general area but one is occupied by John Kennedy who graciously took Mary Fllod to the Fleming lands and explained the changes in land ownership over past years.

Print out of ratepayers as at 1976 courtesy of staff at Valuation Office Dublin.

Discussion and tour of locality with John Kennedy of Glenpipe, Tullogher 30/0702016.

Interview and journey with John Kennedy of Glenpipe, Tullogher on :20/0702016.