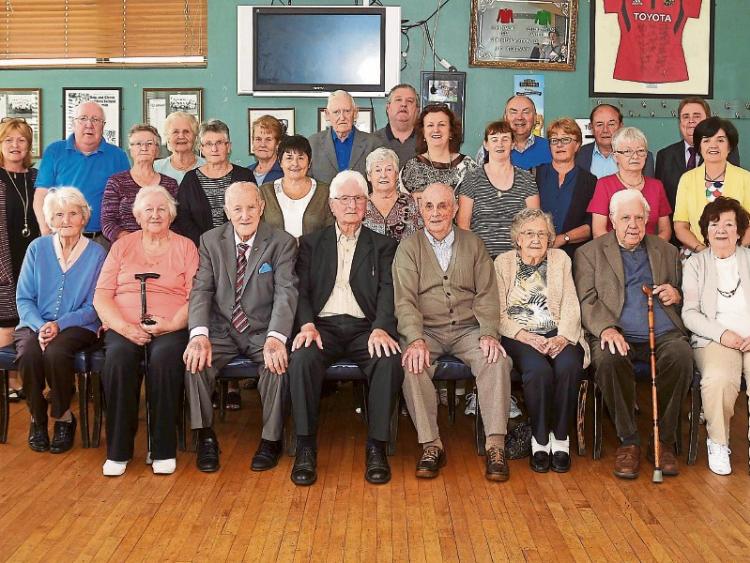 They gathered in the O' Loughlin Gaels clubhouse last Wednesday morning for a cup of tea and a few biscuits.

Old friends and neighbours going back decades, the 40-strong group were just some of the residents of the original Newpark housing estate. They were meeting up for the launch of the Newpark 60th anniversary celebration night, which takes place on September 9.

Last wednesday gave a flavour of some of stories and gallery you might expect to hear that night.

“It's a sense of where you come from — a sense of belonging,” said former Mayor of Kilkenny Martin Brett, one of two mayors to come from that area (the other being Joe Cody).

“It was a privilege to live there. I think we all noticed it growing up.”

While plenty of the original residents are still living there, others have moved but are still nearby. But it was a different time, and a different way of life. Everyone knew every house, and who lived there.

The Grace household was the first in the neighbourhood to acquire a telephone. People from all over the world would ring Paddy's telephone and ask to speak whomever.

Paddy was the county secretary, and the Graces were also the first to have a television in the area, which was of course a huge novelty when it arrived. Martin recalls how children would queue on stools outside the house looking in the window at it.

They may or may not have been lucky to see the Olympics — but the children of the area had their own version of it, holding races across the fen. You had to know what you were doing – if you stepped on the wrong sod you could end up in bother.

Andy O' Driscoll was the first chipper in the area. He used to go off to do the matches and there would be a feast when he got back of a Sunday evening – a first taste of fish and chips for many.

Memories such as these and more will be in full flow on September 9. For more details, see below.