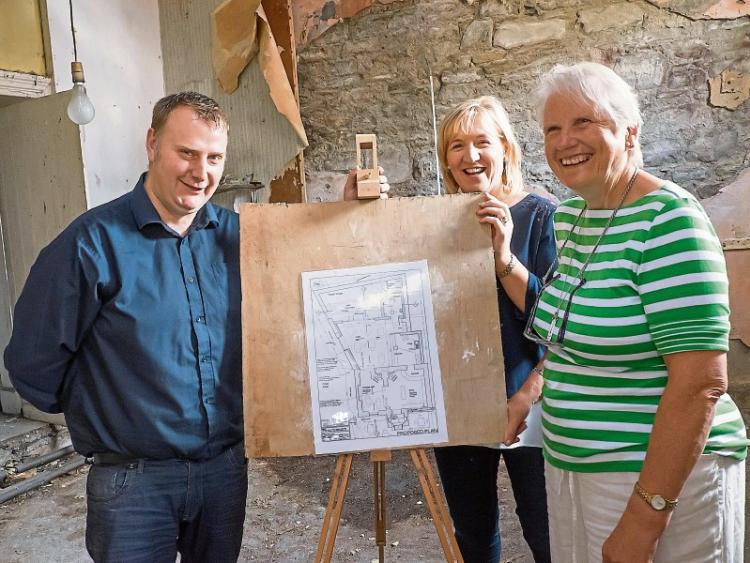 Planning permission has been granted for a community shop and tea rooms in a village which has been decimated by the closure of businesses in recent years.

Some funding has also been secured for the project which is expected to cost to the tune of €145,000. This estimate includes the renovation, fit out and refurbishment. It is hoped that the project will be completed early next year.

To date a fundraiser has been held and a grant from the Heritage Council has been allocated to the project. The committee are also confident that Leader funding will be secured over the coming months.

Ballyhale was historically a thriving village which enjoyed a pivotal position on the road between Kilkenny and Waterford. However the opening of the M9 motorway removed huge volumes of passing trade resulting in the closure of businesses.

A dedicated group have worked tirelessly to make this dream a reality. In 2014 the KBK (Knocktopher, Ballyhale, Knockmoylan) Community Project started a non profit drop in coffee morning on Fridays in the old Parish Hall. Over time the need for a drop in centre (which will consist of tea rooms and a shop) was discussed. Local produce will be stocked in the shop.

Chairperson, Noreen Murphy explained that over the last number of years three shops and a pub had closed along with the garda station and the post office.

“There is nowhere for people to meet. We need to inject life back into the village and this premises is in a great location. It will be a focal point in the village as it is close to the primary school, creche and voluntary housing.

The cottage which is known locally as Bill Kiely's cottage is in a state of disrepair but hopefully if funding becomes available the premises will be completed next year.

Last Saturday as part of Heritage Week over 45 people visited the premises and were shown around by members of the committee.

“We have had a great response from the public and everyone is very positive about the project,” added Ms Murphy.

The committee have a nominal long term lease on the building which is owned by Kilkenny County Council.

Cllr David Kennedy is also a driving force behind the project and said that it will help to combat rural isolation.

“It is sad to see the village with all these empty premises. Hopefully this community shop and the tea rooms will become a hub in Ballyhale and the surrounding townslands - a place where people can go to do a bit of shopping and also to socialise,” he added.

It will be run on a voluntary basis and there will also be involvement from second level students at the nearby Scoil Aireagail in Ballyhale.

Meanwhile a new business has opened recently in Stoneyford An Blaithin Beag.