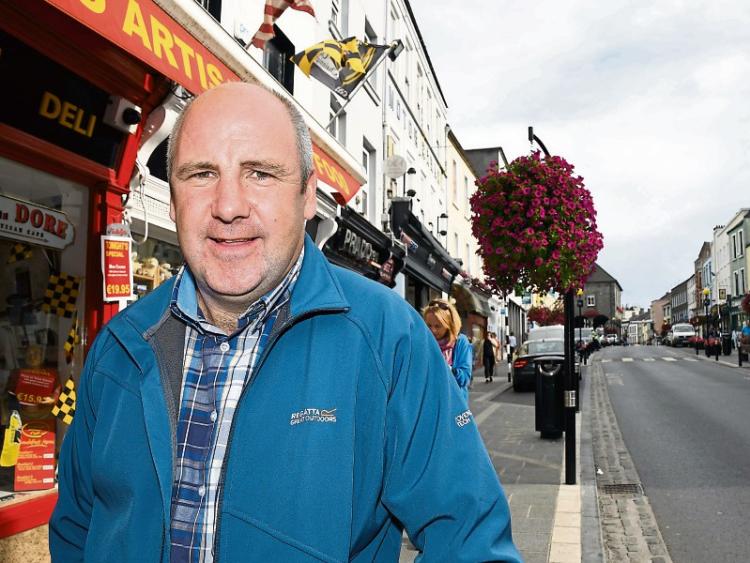 Mullinahone's John Leahy won three All Ireland senior hurling medals with Tipperary and one of those was against Kilkenny in 1991.

Based in the city as a drug addiction counsellor with the HSE, he is better placed than most to give a prediction on the result of the All Ireland hurling final between the two counties on Sunday.

As we talk on High Street, you are struck by the number of Tipperary people on the street who live and work in Kilkenny and all have a kind word for John.

He has a lot of Kilkenny cousins, just over the border, and loves the rivalry; the banter coming up to the big match.

Ironically, he will be paraded out on to the field at half time in Croke Park because he was on the Tipp team that beat Kilkenny in the 1991 All Ireland and is being honoured on the occasion of the silver jubilee of that big win.

His outlook on hurling has changed and while a hurler, he was known for his do or die attitude. He now can appreciate the game more and derives more pleasure from going to matches and analysing them.

Asked for his prediction for Sunday he sighs and takes a long sip from his coffee at the counter of the Marble City Bar.

He moves around on the chair as if he is being asked to beg for his life before he answers.

“I feel that Michael Fennelly is a huge loss for Kilkenny along with the recent retirements, especially that of JJ Delaney.

“We (Tipperary) have to at least break even, 50/50 with Kilkenny in our half forward line,” he said.

“If we don't gain parity in that sector and stop their half back line getting momentum, we won't win, it's as simple as that,” he said.

“We will never have a better opportunity to beat them and it will all come down to who wants it most on Sunday,” the former all Star and player of the year said.

Whatever happens he will be at work in Kilkenny city on Monday morning and in Thurles on Monday night for the homecoming whether Tipp win or lose.