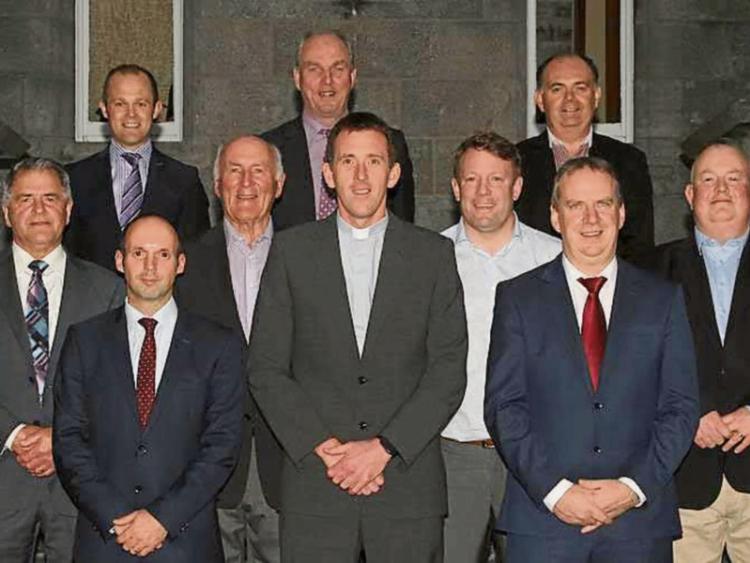 Plans are already underway to facilitate past pupils in reconnecting with the College and with one another.

In 1934 the first organised gathering of St Kieran’s College Past Pupils took place under the banner of the St Kieran’s College Union. The constitution for this group had its clearly stated objectives “to strengthen the affection of its members for the Alma Mater and for each other and to afford opportunities of renewing and making friendships”.

In launching the newly formed St Kieran’s College Alumni the intention remains the same: to help Kieran’s men connect; to connect with each other and reconnect with the College again.

Speaking at the launch of the Alumni the College President, Rev. Dr Dermot Ryan, said that St Kieran’s has a proud tradition in educating leaders for the sporting, artistic, academic and business worlds.

“Men who having received much of their education and formation in the College then went on to contribute many great things to their homes, communities and places of work”, he said.

“The friendships made there, and the lessons learned, stand us well, even today, and through the Alumni we can reconnect to each other once more”.

The St Kieran’s College Alumni which was formally launched on Tuesday, 23rd August 2016. Already there are plans over the coming months, to establish contact with as many past pupils as possible to invite them to reconnect with the College and with each other, establishing a network of Kieran’s men, throughout the county and beyond.

A series of events will also be offered over coming months to help deepen these links culminating with a marque event on the 30th June 2017 when, in the grounds of St Kieran’s, all past pupils will come together to celebrate all that is unique and special about the College and those associated with it.

Rev. Dr Ryan added that “there is something intangible and unquantifiable about St Kieran’s and the impression it leaves on us, all this, then, is an opportunity to recognise and celebrate this fact together”.

The Chairperson of the newly-formed group, Mr Alan Buckley, invited all past pupils to make contact with the group through the College website and noted that he “looked forward to an exciting celebration seeing so many men who love the Black and White tradition of St Kieran’s being welcomed back to their home”.