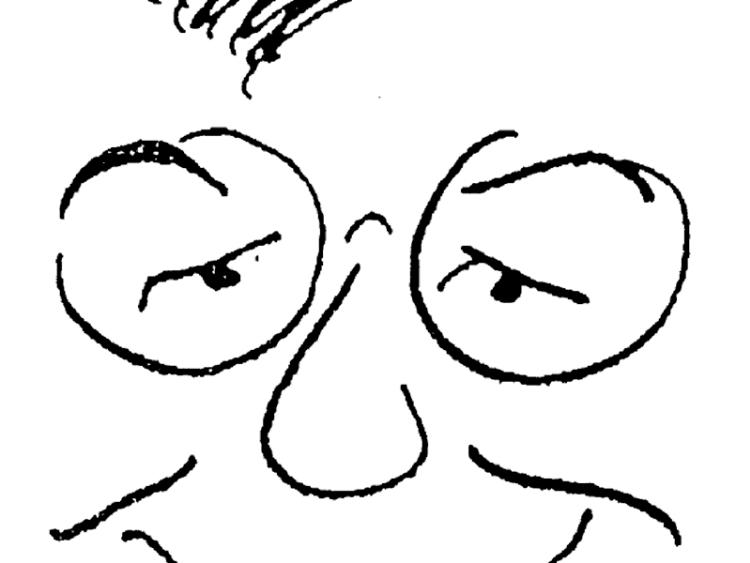 Fifty! Nah. Not possible. Not with black. ‘Black is black’ to quote the song. But amber! Oh, boy - amber is ‘a black horse of a different colour’ if you know what I mean. And, of course, you do. There may well be fifty, and more, shades of amber. In fact amber, if you ask me, is going the way of the Dodo – it’s becoming extinct. I remember going to All Irelands back in the 60s (Christ am I that old? Don’t answer, Gerry. Don’t answer) when the only colours we sported were cheap, crepe paper hats that were decidedly black & AMBER in colour. Some supporters sported rosettes and flags but they were luxury items as far as we youngsters were concerned. As for the notion of wearing a Kilkenny black & amber jersey - that was unheard of – that wasn’t even a notion; that would have been sacrilege.

I, personally, think that we need to come to some sort of consensus on what black & amber actually entails. The ‘Rebels’ below in Cork wear a distinctive, and definite, red, as do their supporters. The ‘Tribesmen’ beyond in Galway wear a distinctive, and definite, maroon (never to be confused with the ‘blood & bandages’ of Cork) but we Kilkenny supporters seem to sport black & yellow, black & lemon, black & orange, black & gold and even black & saffron (and can you imagine roaring ‘Up the black & saffron’ in Croke Park on All Ireland Sunday?) but seldom black & actual amber. And one of the greatest culprits of wearing this mongrel version of the ‘black & amber’ is none other than yours truly who togs out in a black pants, black jacket and bright yellow shirt on All Ireland Sunday. Indeed at half time during last year’s final against Galway, I was ‘watering a horse’ when a fellow across from me shouted: ‘Moran, you’re yella’. Being a red-blooded male I was tempted to ask him outside but it would only have been to explain to him that the word is ‘yellow’ not ‘yella’ (once a teacher always a teacher, I guess) Besides, I knew exactly what this ‘fella’ meant, he was referring to my ‘canary-yella’ shirt.

By the way, and I deliberately digress a here, a tip, for what it’s worth, to all those retailers around town who sell men’s clothing: once you know Kilkenny are in the All Ireland – stock up on yellow, off-yellow, canary-yellow, any kind of yellow and, of course amber (if you can get them), shirts and t-shirts and tops. They’ll walk off the shelves as we Kilkenny fans, mad to wear our ‘colours’, deck ourselves out for the Big Match. And, listen, even if they don’t walk off the shelves, there’s always next year, and the year after and the……

Now where was I? Ah yes, the ‘black & amber’ or rather the ‘black & 50 shades of amber’. Perhaps we should get on to all these hat, flag and rosette manufacturers and tell them that we want ‘black & amber’ not ‘black & an assortment of yellows’. And we need to be firm and authoritative about this amber crusade and why not a crusade, the Black & Amber Crusade! Or don’t tell me we’re too ‘yella’ to launch one?

In the meantime the Black & Amber Army is preparing to ‘march’ on the Capital and as I write flags are unfurling, bunting is fluttering, bus tickets are booked, train tickets purchased and ham is being sliced for the sandwiches. And, no doubt, there’s the last minute wheeling and dealing in clubs and pubs across the city and county for those last minute ‘spare tickets’. Ay yes, the first Sunday in September is upon us, the kids are back in school, the cats are back in Croker and all’s well with the world. And sure what the hell if we wear black & yellow, black & lemon, black & orange, black & gold or black & saffron – as long as Liam returns to the fold we won’t give a damn.