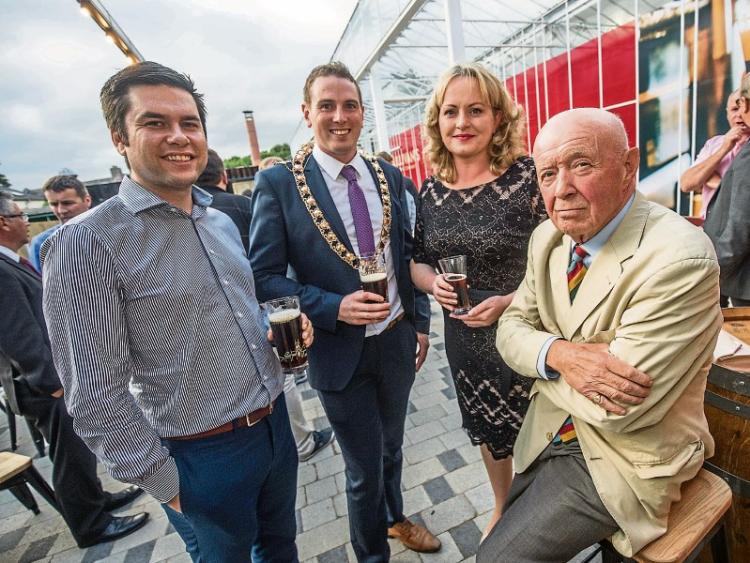 Beer brewing is being revived in Kilkenny again, with Sullivan’s Brewing Company behind the renaissance.

This week, Sullivan's opened it's doors on John Street in the city with such dignatories as broadcasting legend Gay Byrne and former Tanaiste Dick Spring in attendance.

First established in 1702, the Sullivan brewing name was once the biggest of its kind in Kilkenny but fell into abeyance in the last century. The brand is now being resurrected by the legendary Smithwick brewing family, who retained control of the name to this day and are now behind it’s relaunch.

As well as brewing, Sullivan’s will open their own Taproom, a visitor centre and microbrewery on John Street, Kilkenny’s main social thoroughfare. Known far and wide as a cultural epicentre for craft and design, Kilkenny is a true brewing city and Sullivan’s is committed to reviving a once great brewery and the ancient craft of independent artisan brewing.

‘’The Sullivan’s family tradition of brewing stems back to 1702 when they opened their doors on James Street to become Kilkenny’s first commercial brewery. We’ve made it our mission to resurrect the lost art of real Irish brewing in its rightful home – Kilkenny,” says Paul Smithwick, chairman of Sullivan’s Brewing Company.