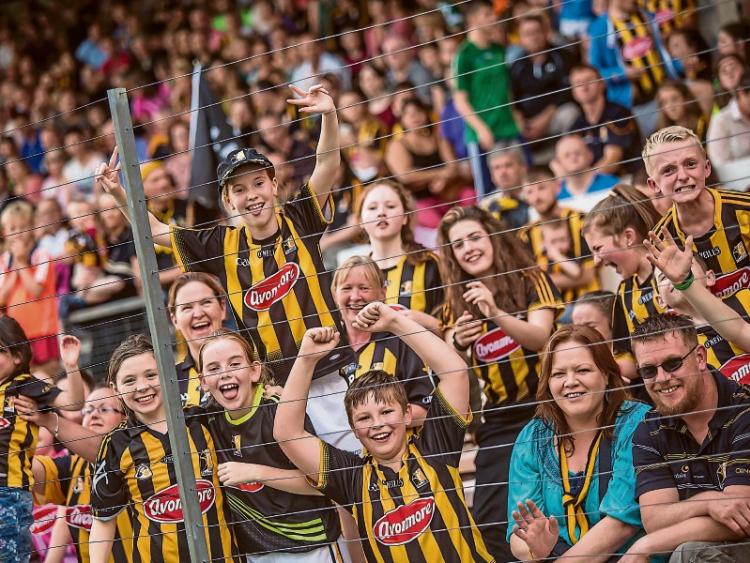 The measure of true supporters is not whether they show up when their team is winning, but rather, where they are on those difficult days of defeat.

A mighty crowd of over 6,000 people turned out at Nowlan Park on Monday evening to welcome home our hurling heroes, at a reception hosted by Kilkenny County Council.

This year was not to be Kilkenny's year. You would not have known it given the tremendous cheers and applause that greeted the team's arrival, and manager Brian Cody's every sentence as he spoke from the stage at the centre of the pitch.

The crowds had lined the streets. They then filled the seats. Children with flags, their faces painted black and amber, waved at the hurlers on the open-top bus, which left Kilkenny Castle shortly after 6pm and made its journey through the city to the 'Park.

As local band The Kilkennys warmed the crowd up with favourites such as 'Shine on Kilkenny' and, of course, 'The Rose of Mooncoin', the sense of anticipation grew. More and more people streamed in.

Finally, the bus arrived, and the roar was deafening.

“Everybody has been rightly very, very proud of what [the team] have done over the years when they have been successful,” Mr Cody told the crowd.

“The great thing, of course, is tonight — coming back here to Kilkenny — that they knew the supporters, who are real supporters, would be here tonight to welcome them back. And to say 'well done — we're as proud of ye in defeat as we are in victory' — and that's what's happening here.”