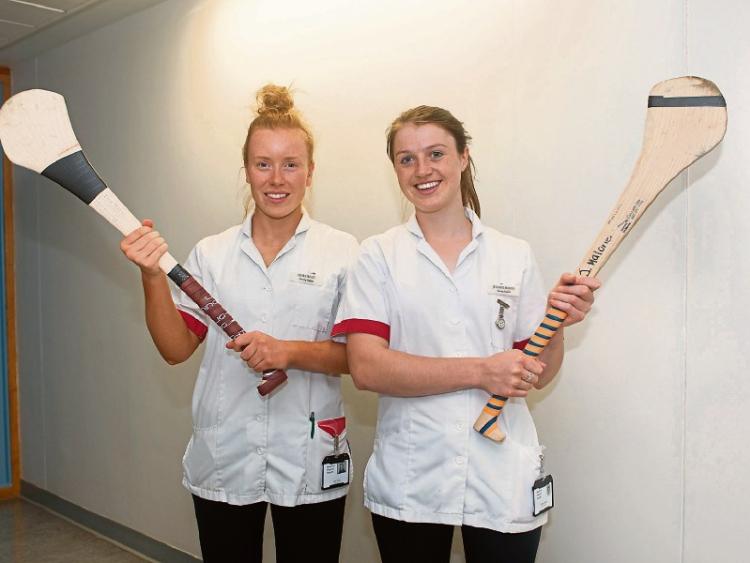 Trainee nurse from Mullinavat, Julianne Malone, will line out for Kilkenny against her friend and fellow nurse Laura Treacy from Killeagh Club (Cork), next Sunday in the senior camogie All-Ireland final.

Both are trainee nurses in the University Hospital Waterford (UHW) and due to their positions on the pitch, will most likely end up marking another.

Julianne and Laura are both final year nursing students at the Waterford Institute of Technology. They have undertaken their training for the past three years together in the same class. They have just started a two weeks placement in a surgical ward in the University Hospital Waterford (UHW), but insist on maintaining their level of training and playing, recognising the benefits to their academic life.

21 year old Julianne, from Mullinavat, has been playing intercounty Camogie since she was eight years old in her club. In March, she debuted as a senior playing in a National League match. Previous to this she has played on the county under sixteen and fourteen and minor teams. Julianne’s most memorable moment was winning the National League final earlier this year, beating Galway in Semple Stadium in Thurles, scoring 1.2.

‘I have been playing since I was eight and also my two brothers, Michael and Ger are involved in GAA, playing both for the Kilkenny Senior Hurling panel. I have spent my last three years with Laura at the Waterford Institute of Technology and we are now doing our clinical placement in the University Hospital Waterford,” said Julianne.

Laura and I love the same work and the same sport and we are now going to compete at the Senior Camogie Final. I am just so excited and a little nervous too about Sunday. It will be strange playing against Laura, we are both quite competitive. I just hope we both have a great game and do our clubs and counties proud,” she added.