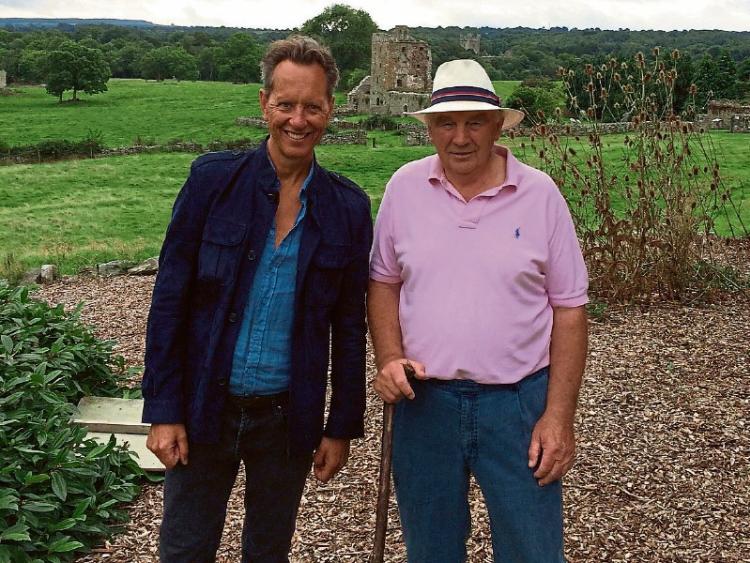 Richard E Grant has been spotted in various places around Kilkenny - and as part of a Tourism Ireland promotion has just recevied a tour of Jerpoint Park courtesy of the owner Joe O'Connell.

Tourism Ireland is working with Smooth Radio to produce a series of short online films.

Viewers will see Richard E Grant immerse himself in our culture and meet the locals, showcasing some of the many wonderful experiences on offer here.

Filming has been taking place this week at various locations around Kilkenny – including at Jerpoint Park in Thomastown.

Jerpoint Park, the forgotten town of Medieval Ireland, is home to the church of St Nicholas - and some of the remains of the Saint, otherwise known as Father Christmas, are interred there.

Joe and his wife Maeve discovered the significance of Jerpoint Park five years ago and the destination has become increasingly popular with the O'Connell's providing tours and have recently opened up a cafe.

The Tourism Ireland campaign will reach about 5.5 million people across Britain. The films will be promoted on the Smooth Radio website and through on-air mentions. They will also be shared via social media – targeting Tourism Ireland’s audience on Facebook (almost 443,000 fans in Britain alone) and Twitter (almost 70,000 followers).

Richard E Grant is a great fit for the Tourism Ireland campaign and its key audience of ‘culturally curious’ holidaymakers. His appearances in films and TV series like Withnail and I, Downton Abbey and Hotel Secrets have cemented his popularity and made him one of the best-known faces on British television.