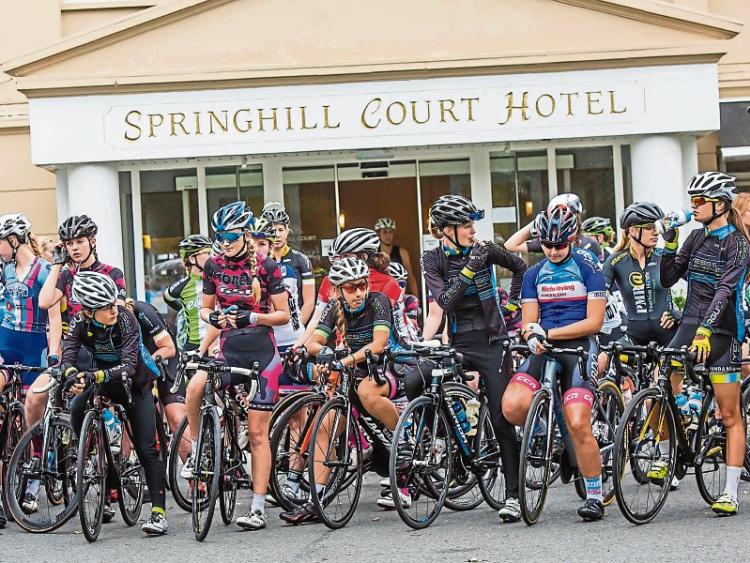 The An Post Rás na mBan got under way in Kilkenny City on Wednesday evening, and was broadcast on television around the world.

The first stage started from the Springhill Court Hotel, where almost 120 cyclists from 25 different womens' teams took part. A further four stages took place around the county over the following four days.

Rás na mBan is Ireland's only women's international stage race. The five-day event took place from September 7 to 11, and this year, for the first time, took in the beautiful scenery of County Kilkenny.

Top international riders from Europe and beyond compete against the best riders in Ireland for the coveted title.

The race even took in a 'Queen of the Mountains' climb just outside Graignamanagh, and day two was a hilly 75km stage, starting at the Discover Park in Castlecomer and and finishing back in the same picturesque village after 75km.

Rikke Lønne (Team Crescent DARE) took overall victory in the event. She started strongly on day one, racing home to win the first stage. The Dane was part of a seven-rider group that contested the final sprint on the final day in front of Kilkenny Castle, after 85 km of dry and windy conditions.

The 28-year-old’s maximum advantage was 40 seconds and after the first day, and she retained a full half a minute when she raised her arms in the gathering gloom at the finish line near Kilkenny City. She then finished fourth on the final day with enough time to spare.